Presentation in Vienna on the forgotten Countryside in the Balkans

Together with the Europäisches Forum Alpbach, the Austrian foundation DIE ERSTE österreichische Spar-Casse Privatstiftung, and the Austrian Ministry of Agriculture, ESI organized a presentation on "The forgotten Countryside. Rural poverty and development in the Balkans" (Der ländliche Raum am Balkan – vergessen von Europa?) in Vienna on 3 October.

The countryside across much of the Western Balkans has suffered a devastating process of economic and social decline. One of the main reasons for this process has been the rapid de-industrialisation across Ex-Yugoslavia after the dissolution of the common state.

With inadequate land plots, little mechanisation, poor infrastructure and little or no government support, many rural families have been forced back into lives of subsistence agriculture. It is as though the clock has been turned back by half a century.

ESI Senior Analyst Kristof Bender argued in his presentation that the quest of the Western Balkan countryside deserves much closer attention. He outlined four main issues:

The discussion was attended by more than 70 participants, including Kristof Bender (ESI Senior Analyst), Ivana Dulić-Marković (Deputy Prime Minister of the Republic of Serbia), Andrä Rupprechter (Director of the department for agriculture and food in the Austrian Ministry of Agriculture), Franz Fischler (former EU Commissioner for Agriculture), Erhard Busek, (President of the Europäisches Forum Alpbach) and Gerald Knaus as moderator (ESI President). 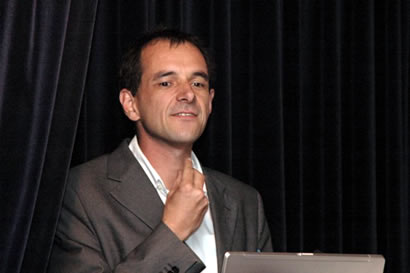 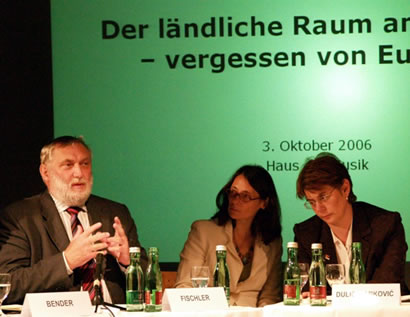 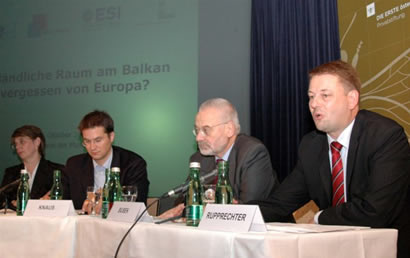