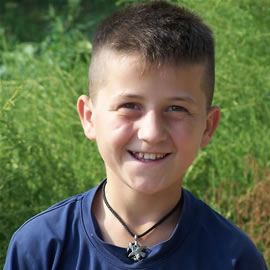 It is the last piece of the jigsaw. Of all the issues that remain from the destruction of Yugoslavia, Kosovo still defies solution. Will it become independent? When? How? Will it be divided or will it, somehow, remain part of Serbia? We at ESI have long recognised the importance of the Kosovo issue but we have also recognised just how important it is to present our readers with accurate information - and on this Balkan issue above all solid facts come at a premium. Now, as part of our series bringing you extracts of some of the best books on the region we have teamed up with Yale University Press to bring you Tim Judah's Kosovo: War and Revenge. We think it is the best book on Kosovo that there is and, over the last few years it has become established as a must read for anyone going to work or serve there and for students of the region. It has also been translated and published in both Kosovo and Serbia. What make's Judah's Kosovo different from most other books on the region is that he combines a reporter's eye for colour and life but never lets up on the facts. Don't forget that you won't find the whole history of Kosovo in these extracts. They are here to give you a guide to its past. For the full story, you will have to read the book!

Tim Judah covers Kosovo and the rest of the region for The Economist. As a journalist he covered all the wars of the former Yugoslavia. In recent years he has also reported from North Korea, Iraq, Afghanistan and Darfur amongst other places, but the Balkans remains his specialism. He is the also the author of The Serbs: History, Myth and the Destruction of Yugoslavia, also published by Yale.