Joschka Fischer, the German Greens and the Balkans - January 2008 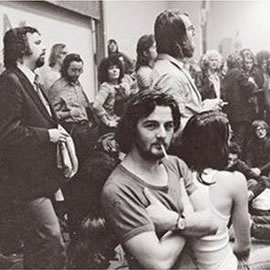 Over a long and controversial career, Joschka Fischer evolved from an archetypal 1960s radical and street activist into one of the most prominent politicians in Europe. In 1985 he was one of the first German Greens elected to a laender parliament and went on to become the country's foreign minister from 1998 to 2005.

During the course of the 1990s, Fischer was instrumental to swaying his pacifist party to support Germany's participation in the NATO-led war against Slobodan Milosevic's Yugoslavia. It is an irony of history that Germany's first-ever Green foreign minister took the nation to war for the first time since World War II, a move that had enormous implications for both the Greens party, the Federal Republic, and the Balkans.

The evolution of the Greens' foreign policies is one of the transformations examined by the American Berlin-based writer Paul Hockenos in his new book, Joschka Fischer and the Making of the Berlin Republic: An Alternative History of Postwar Germany (Oxford University Press, 2008). There is no better example than Germany's participation in the Kosovo war to illustrate that, despite the ideological twists and turns of Fischer and his generation, the lessons of the German past remained their constant coordinates. This ESI picture story tracks the metamorphosis of the Greens' positions on humanitarian intervention in the Balkans from the 1980s to the 1999 air campaign against Serbia.

Joschka Fischer, the German Greens and the Balkans