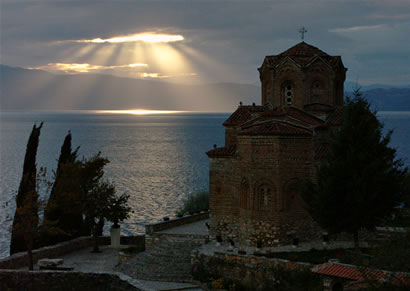 On the shore of Europe's oldest lake, in Ohrid, the medieval cultural heritage of Orthodoxy and its influence becomes visible. Until 1990 armed ships were stationed on the lake, which separated Albania from Yugoslavia. This was a blind spot at the end of the world. In 1991, the Balkan wars followed, and tourism has never fully recovered, despite the obvious beauty of the area.

Today, Ohrid is also a symbol of nascent European foreign policy and of the possibility of breaking with the bloody 1990s. In 2001, this city experienced one of the great successes of European diplomacy when the Ohrid Agreement helped prevent civil war in Macedonia. In the story of the peace of Ohrid and its implementation, all the tensions that Macedonia currently suffers due to its complex identity and tumultuous history become apparent.