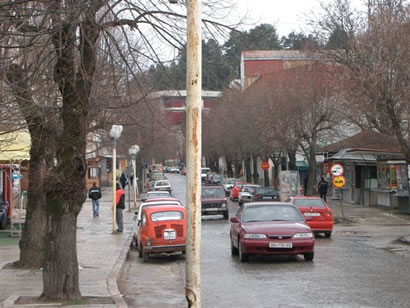 When one enters the Kicevo region from the north, one first reaches the village of Zajas, home to Ali Ahmeti, guerrilla leader turned party politician. The uprising led by Ahmeti brought Macedonia to the brink of civil war in 2001. However, there has been no communal violence in Kicevo for decades, and it remained peaceful even at the height of the fighting in 2001. Like much of Macedonia, Kicevo enjoys a deeply rooted tradition of ethnic coexistence. Although Macedonians, Albanians, Turks and Roma live largely separate lives, there are countless areas where they interact.

But the story of Kicevo is central to the Macedonian conflict of 2001 in a much deeper way. This region of 52,000 people contains an extraordinary diversity of social and economic patterns. Its different ethnic groups are undergoing deep social changes which are pushing them along widely divergent paths. It is a pattern of development (and decline) which seems programmed to generate interethnic suspicion and fear.