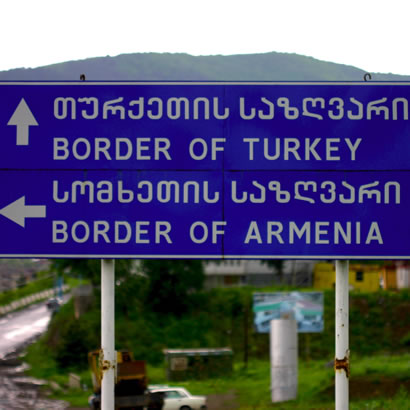 No single topic poisons relations between Turks and Armenians more than the 1915 destruction of the Armenian communities of Anatolia, and the question of whether it constituted genocide. For Turkey, the fight against genocide recognition on the international stage has been a central goal of foreign policy. For Armenians, the genocide and the resulting loss of a traditional homeland is a defining element of their national identity. This ESI Great Debate section looks at some of the arguments, people and issues that have most shaped this debate. It is a debate that matters enormously for both societies.

Gerard Libaridian once defined the battle for the soul of the Armenian republic as the response to the following question: Is the Republic "to be defined by the Genocide and anti-Turkism or become a normal state in peace with its neighbours and in pursuit of the welfare and security of its citizens"? And in December 2008, Turkish intellectuals launched an online signature campaign with the following text:

"My conscience does not accept the insensitivity showed to and the denial of the Great Catastrophe that the Ottoman Armenians were subjected to in 1915. I reject this injustice and for my share, I empathize with the feelings and pain of my Armenian brothers and sisters. I apologize to them."

Cengiz Aktar, a leading liberal intellectual and initiator of the apology campaign, stressed that it is only the beginning of a longer process: "Centenaries to come, almost every year until 2023 and even beyond, will provide us the opportunity to learn and remember the fate of Armenians."

At present, the two countries have no diplomatic relations. The border between them remains closed. In recent times the first signs of a rapprochement have appeared, with the political leadership on both sides making conciliatory gestures. For a normalisation of relations to take place, however, many Turks and Armenians will have to overcome some deeply entrenched prejudices. As this section shows, it is a process that is already under way.