Upcoming ESI meetings and presentations on the refugee crisis in The Hague, Vienna, Athens, Berlin, Brussels, Paris, and Rome 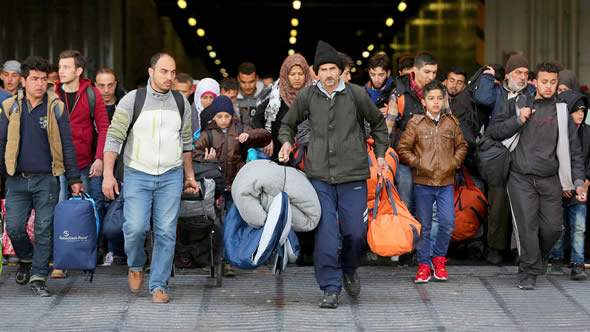 In the next two weeks, ESI's Gerald Knaus will be travelling to several European capitals to present ESI's research and analysis on the refugee crisis and visa-free travel for Turkey:

The Hague, 19-20 May: Meetings with Dutch Social Democrat leader Diederick Samsom, mayor Jozias van Aartsen, and at the Justice Ministry.

Vienna, 21 May: Participation in debate on national Austrian TV ("ORF Europastudio") on Central Europe between nationalism and Europeanisation, moderated by Professor Paul Lendvai.

Athens, 23- 25 May: Meetings with policy makers and public briefing for journalists at the Konrad-Adenauer-Stiftung.

Berlin, 26-27 May: Presentation at the conference "Crossing Borders – Refugee and Asylum Policy in Europe" organised by the Heinrich Böll Stiftung.

Brussels, 30 May: Presentation at the Mercator Zukunftsforum Türkei Europa on EU-Turkey refugee policy organised by the Stiftung Mercator.

Paris, 1 June: Presentation on the EU-Turkey agreement on migration at an event organised by ECFR.