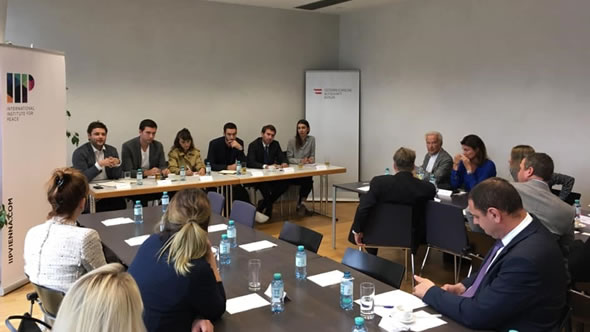 ESI analyst Adnan Cerimagic spoke at a working lunch titled "Young Generations for the New Balkans 2030: Towards Alternative Horizons", organised by the International Institute for Peace (IIP) from Vienna and co-organised by the European Stability Initiative (ESI), the Austrian Institute for International Affairs, Karl Renner Institute and the Austrian Embassy to Germany. The working lunch took place on 16 September 2019 in Berlin.

Adnan presented ESI's research on EU and Western Balkans, in particular related to Kosovo-Serbia dialogue, opening of accession talks with North Macedonia and Albania, visa liberalization process for Kosovo and measuring and incentivizing reforms in the Western Balkans. Other panelists were young researchers from across the Western Balkans.

In the afternoon, together with other panelists, Adnan visited the German Chancellery and the Foreign Office where they had meetings with diplomats working on the Western Balkans. This event is part of the IIP's "The Western Balkans Initiative" that aims to bring young researchers from the Western Balkans closer to EU decision makers. The group already visited Vienna and The Hague, while visits to Paris, Brussels and Zagreb are planned. 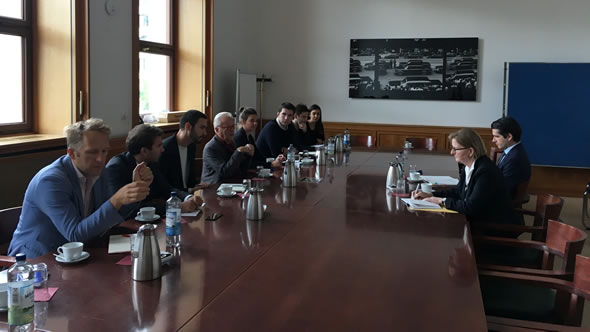 Adnan Cerimagic with other participants at the meeting in the German Foreign Office. Photo: ESI
© European Stability Initiative - ESI 2020
16 September 2019, 18:32