Capacity building seminar in Istanbul with Macedonian and Kosovar groups

Over the past five years, ESI has been developing a distinctive form of socio-economic research in the Balkans, which is widely recognised and respected by policy makers in the region and the international community. ESI has done detailed portraits of Kosovar municipalities. This case-study approach has been used to explore some of the most important dynamics in post-war Kosovo. 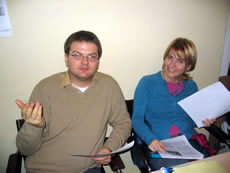 In 2004, ESI has launched an innovative capacity building project for young analysts. ESI analysts are actively supporting and coaching a number of newly formed analysts' groups by undertaking joint field-research, providing input to internal discussions as well as editorial support and advice on policy advocacy. 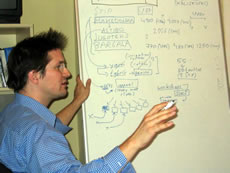 All three groups had collected substantial amounts of data in their field-research and presented their findings in several intense discussions with ESI analysts. Though neither group has published a report as yet, there is already a clear common red thread running through their findings. All of the researched cities live rather off the past than of present resources. At this moment their public policy is inadequate to deal with the challenges of a changing economic and social structure as well as with international competition.

Telling the stories of these cities in detailed case-studies will help not only to understand their problems much better but also to identify instruments to overcome them.