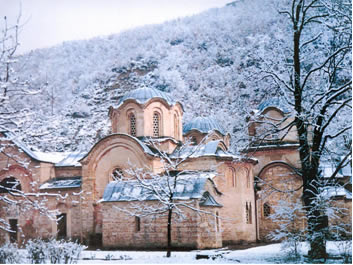 In pre-socialist times, the town of Peja (known in Serbian as Pec), was a lively regional centre of around 16,000 inhabitants, housing a community of merchants and craftsmen, several hotels and restaurants, and a few larger enterprises. Nowadays, amid the ruins of an industrial sector which has entirely collapsed, one can find economic structures strikingly similar to those of the pre-socialist 1930s: shops, tradesmen, hotels, and a handful of functioning industries, including a saw mill, a bakery, a brewery and a brick factory. The transition from a pre-industrial agricultural economy to an urban manufacturing centre has failed.