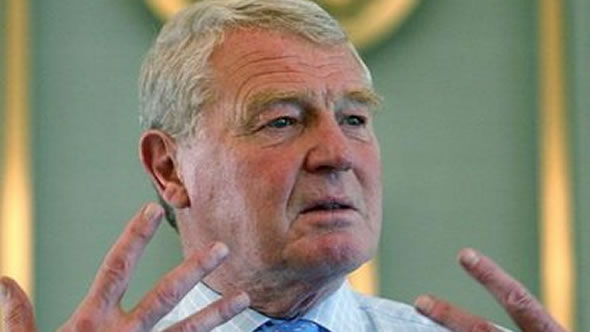 We would like to explain why we think that the extraordinary powers of the High Representative are no longer an appropriate tool of international assistance to Bosnia. We believe that they have become counterproductive – an obstacle to the development of effective institutions and a healthy democratic process. We would also like to put forward for your consideration a concrete proposal for how the powers of the High Representative should be phased out.

We see from your recent article in the Frankfurter Allgemeine Zeitung that there are a number of points on which you agree with us. You note that Bosnia in 2003 is almost unrecognisable from the country that emerged from the horror of war only a few years ago. You stress that the ultimate check on your authority is the people of Bosnia, “on whose consent international authority ultimately relies”, and you welcome the fact that “we are now approaching the day when the international community can relinquish its powers”. However, you argue that we have not yet reached that point because Bosnia still suffers from “a dysfunctional political system, weak institutions and the enduring threat of crime and corruption”.

We believe that the development of an effective Bosnian state remains frozen so long as the international protectorate remains in place. We believe that the process of phasing out the direct role of the High Representative in the domestic constitutional sphere should begin immediately. We would like set out in brief some of the reasons why we think this.

THE RULE OF LAW

We believe that the Bonn powers are incompatible with international efforts to build democracy and the rule of law, and that this is independent of the best intentions of your office to help Bosnia on its path to Europe. The protectorate role of the High Representative reinforces the worst tendencies of the old Yugoslav political culture: the fondness for the čvrsta ruka, the “strong hand” that acts as a deus ex machina outside the political process. This highly personalised style of politics, where ultimate power rests in the hands of one charismatic individual, is exactly what democratisation efforts are supposed to overcome.

If the High Representative can set aside the constitution and the democratic process in order to advance a particular policy agenda, then why shouldn’t Bosnian politicians, if they get the chance? If the High Representative can simultaneously be the accuser and the judge of public officials, without due process or right of appeal, then why should Bosnians place their faith in the judicial process? One of the chief casualties of the Bonn powers is constitutionalism itself – the development of a political culture in which power is subject to law.

In our view, it is not enough to argue that you are accountable to the Peace Implementation Council, of which Bosnia is a member. The PIC does not, in practice, control individual decisions of your office, and it has not set down any rules to control the exercise of the Bonn powers. None of the human rights institutions within Bosnia have jurisdiction to review your actions. It is not enough to speculate that there may, eventually, be a right of appeal to the Strasbourg court, when no remedy exists in domestic law.

THE BONN POWERS AND THE DEMOCRATIC PROCESS

After many years of observing post-war Bosnia, we have become convinced that the existence of the Bonn powers fundamentally alters the dynamics of the political process. In Bosnia today, social and economic problems are accumulating, just as the resources available to governments are going down. This presents Bosnian policy makers with a long series of difficult, zero-sum choices. Should they reduce veterans’ benefits in order to provide more social protection for the poor? Should they bankrupt dying companies? Should they reduce public spending by dismissing public servants, or by reducing salaries in the administration?

These are hard political choices. They cannot be solved in a technocratic manner by international officials claiming a privileged insight into the best interests of Bosnians. They require a robust political process which balances different interests and generates outcomes which are understood and accepted as legitimate by the competing interest groups. So long as you have the final word, Bosnian politicians are not forced to build constituencies in favour of unpopular reforms. They don’t need to engage in the hard work of forging consensus among different groups and across different levels of government.

In fact, there are important elements within the Bosnian political process which are content to leave the hard choices to you, and to devote their energies to symbolic issues which are increasingly distant from the concerns of ordinary Bosnians. The problem with the Bonn powers is not simply that they are imposed on Bosnia’s governments. It is that they have become all too convenient for parts of the Bosnian political establishment. Successive High Representatives have tried to beg, cajole or bully Bosnian politicians into taking more responsibility. This is empty rhetoric, so long as an international institution is there to take the responsibility away from them.

At the same time, the existence of the Bonn powers makes it very difficult for those Bosnian politicians who have their own views on controversial issues to disagree with your policies. Bosnian politicians are all too aware that your office vets their entry into government, and that you can ban them from further participation in public life. Whether or not it is intended this way, the effect is highly intimidatory. As a result, the incentive of Bosnian politicians is to acquiesce quietly in international demands, rather than to develop an independent policy agenda.

We are very concerned that the extraordinary powers of the High Representative are sometimes justified by portraying Bosnia as a corrupt and lawless place, a danger both to itself and to Western Europe. In an interview on BBC television on January 12 this year, you stated, “If you want to fight crime on the streets of Manchester, if you want to fight prostitution, drugs, cigarette smuggling - now an issue for today - arms smuggling, on the streets of Manchester, London, Berlin and Paris, you start here in Sarajevo. This is the front line.”

We feel that this image of Bosnia is misleading and damaging to the country. We presume you make these statements to keep Bosnia in the minds of Western policy makers, at a time when competition for their attention is particularly high. But this strategy is, in our view, misguided. Externally, it affects the kind of assistance that Bosnia receives from Europe. Internally, the constant talk of crime and corruption risks further eroding public confidence in the political process as a whole. Bosnia now has remarkably low crime figures, including inter-ethnic violence, given the deepening social crisis and the recent history of conflict. The problem of organised crime is certainly no worse here than in other countries of the region. In no other country on the path to Europe has the international community recommended the suspension of constitutional safeguards in order to combat crime more effectively.

PHASING OUT THE BONN POWERS

In our view, the weight of the arguments to renounce the Bonn powers has become overwhelming. The question is not whether specific decisions imposed by your office are good or bad, or even whether they are welcomed by Bosnians. The negative consequences of continuing the protectorate far outweigh the benefits of any specific intervention.

We agree with you that Bosnia has come a long way since the end of the war. Nobody seriously believes that it is still at risk of slipping back into conflict, and the end of the protectorate would not have to mean the end of the international military presence, which has played a very important role.

It is up to the international community to take the initiative in phasing out the Bonn powers. If our analysis is right, and the existence of the Bonn powers reinforces the passivity of Bosnian politicians, then there is no point in waiting for Bosnian politics to “mature”. Bosnia’s governments will perform better once they are forced to take responsibility – once they become clearly accountable not to you but to the elected representatives of the Bosnian people.

You have always stressed that the protectorate is not a long-term solution to Bosnia’s problems. The European parliament has recently called on your office to accelerate the transfer of responsibility, which you have welcomed. We therefore propose for your consideration a staged transition away from the protectorate.

First, your power to dismiss public officials should be dispensed with immediately. Arbitrary dismissal is so clearly contrary to European human rights standards that it is an embarrassment in a member state of the Council of Europe. Its effect on Bosnian democracy is so corrosive that it eliminates any possibility of a genuine partnership between Bosnian governments and the international community.

Second, OHR should undertake to limit itself to a clearly defined legislative agenda. If your office considers that there are elements of its long and ambitious Mission Implementation Plan which still require the use of the Bonn powers, then it should declare publicly which areas those are before the next meeting of the Peace Implementation Council. In all other areas, sovereignty should be restored to the Bosnian parliaments. At the moment, the Mission Implementation Plan is open-ended, and there is no way of knowing into which area of legislative policy you will venture. As a result, there is no area in which Bosnian parliaments are clearly and solely responsible.

Third, by the summer of 2004, there should be no further need for the Bonn powers at all. By that stage, the Office of the High Representative should have changed tack entirely – from using its powers to substitute for the Bosnian state, to providing political leadership to a long-term EU presence in Bosnia. The EU Special Envoys Alain Le Roy and Alexis Brouhns in post-conflict Macedonia have demonstrated the value of highly respected mediators exercising the moral and political authority of the EU.

Letting go of the Bonn powers will not be easy. There are strong constituencies within the international community and within Bosnian society for preserving the status quo. There will always be lingering temptations to achieve just one more reform with the powers of the High Representative. None of your predecessors could resist the temptation to accelerate the use of the Bonn powers towards the end of their term of office.

However, if Bosnia and Herzegovina is to be allowed to make its own way along the path to Europe as a sovereign and democratic state, it is important that it begin as soon as possible.