Warwick – ESI at the Annual Conference of the Royal Economic Society 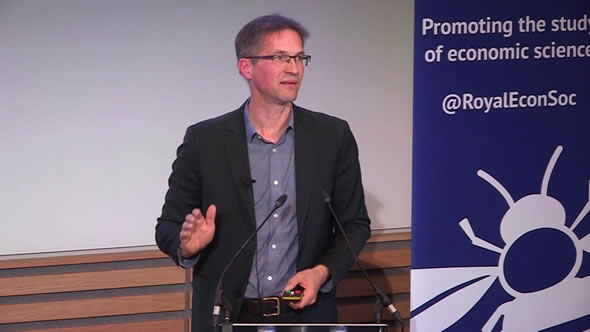 ESI's Gerald Knaus participated in the plenary session "Refugees: past crises and future challenges" at the 2019 Annual Conference of the Royal Economic Society. His fellow panellists were Rossella Pagliuchi-Lor, UNHCR Representative to the UK, and Christian Dustmann, Professor of Economics at University College London. The session was chaired by Mark Easton (BBC Radio).

In the plenary session, Gerald presented ESI's research on the refugee crisis in the Mediterranean and on popular misconceptions when thinking of borders and migration. He argued that the term ‚migration pressure' was ill-suited to describe the situation on Europe's southern shores and that this crisis was not due to a broken EU refugee system but because Europe experienced exceptional years between 2014 and 2017, and in the case of the Aegean, 12 exceptional months in 2015/16, in which irregular migration to Europe was significantly higher compared to the years before and after. The specific reasons for this increase were the Syrian civil war and the collapse of the Libyan state. Gerald further argued that neither less Schengen nor more border guards in the Mediterranean would stop migration flows, since coast guards do not push people back but rescue and then register them and migrants find other ways to cross land borders if the official border crossings are closed.

He also repudiated the popular viewpoint that the misplaced compassion of the Swedes and Germans personified by Angela Merkel caused the refugee crisis since they accepted refugees instead of sending them back to countries the refugees previously passed, thereby discarding the Dublin system. By showing the extremely low number of Dublin transfers previous to the refugee crisis, Gerald displayed that this part of the Dublin system did not work before the crisis either. Finally, he challenged calls for drastic measures such as boycotting private sea rescuers and instead working with Libyan militias as inhumane. 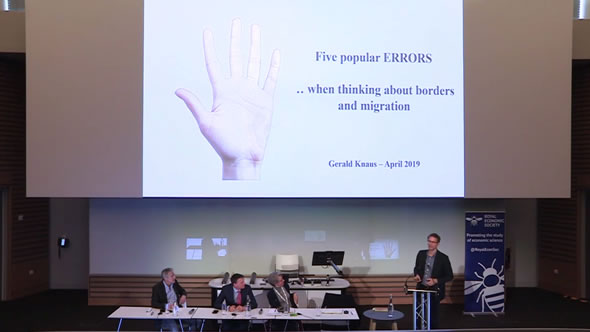