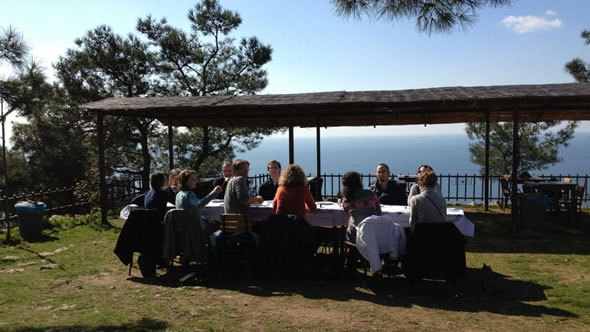 a brown-bag lunch and career event

Thinking of making a career as a policy analyst?
Learn about the ESI experience and potential career opportunities

In summer 1999 a group of friends gathered in Sarajevo and decided to set up a new institution to analyse international policy in the Balkans. Thus ESI was born. In the beginning, ESI did not have money; it was not even an "institution" in any formal sense. Then the first reports quickly attracted attention. The Financial Times, The Economist, Die Welt, wrote about ESI as a "think tank changing thinking on the Balkans". A year later, the US government and governments across Europe - Sweden, Germany, they UK, Greece - started to invite ESI to provide input to their internal policy debates. 14 years later, ESI has a staff of around 20, and works across the whole Balkans, the Caucasus, and Turkey.

ESI chairman Gerald Knaus will share his personal story on how to start a think-tank and advise on career opportunities for CEU students, including as ESI junior fellows.