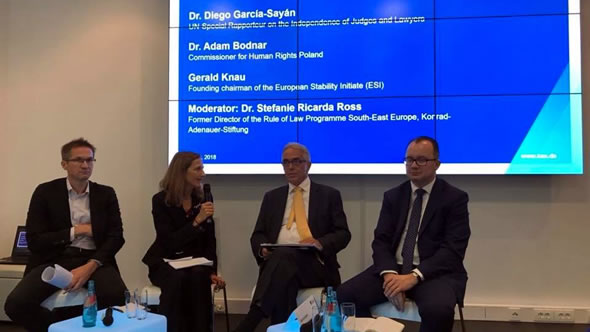 ESI's Gerald Knaus was invited to speak at an event organised by Konrad-Adenauer-Stiftung where he debated challenges to the rule of law in Poland together with debate with the UN rapporteur on independence of courts and former minister of Justice of Peru, Diego Garcia-Sayan, and Adam Bodnar, the Human Rights Commissioner in Poland. The panel debate was moderated by Stefanie Ricarda Roos, the Former Director Rule of Law Programme South East Europe of the Konrad- Adenauer-Stiftung.