Bergen – ESI at the Rafto Conference 2018: "Undermining the Rule of Law - Independent Institutions at Risk in Poland" 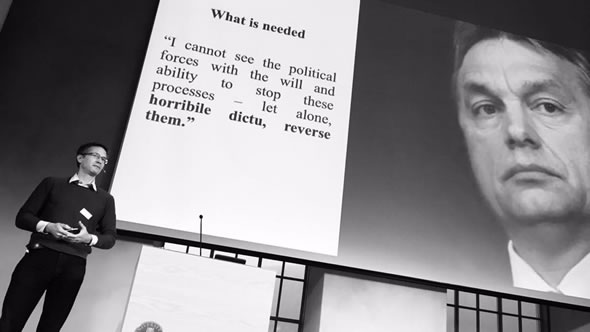 Gerald Knaus presenting ESI's reports on Poland and the Council of Europe to the audience at the Rafto Conference 2018. Photo: Iver Orstavik

ESI's Gerald Knaus spoke at the 2018 Rafto Conference honouring Polish Ombudsman and 2018 Rafto Laureate Adam Bodnar for his commitment to human rights. Gerald presented ESI's reports on the rule of law in Poland and corruption inside the Council of Europe. He elaborated on how to effectively establish red lines and on how the Nordic countries can help the rest of Europe.

ESI's presentation was followed by an intense debate on what might be done concretely by people of good will (and by existing institutions) to defend the rule of law in Europe. The debate in Bergen followed a week of presenting ESI's ideas to diplomats and politicians in The Hague.

In Bergen, Gerald gave concrete examples, including how the Polish Batory Foundation, ESI and friends across Europe mobilized a broad campaign in June 2018 for immediate action in defense of the Polish Supreme Court. And he spoke about lessons from the Europe-wide coalition of illiberal governments and movements, serious and strategic about changing norms. 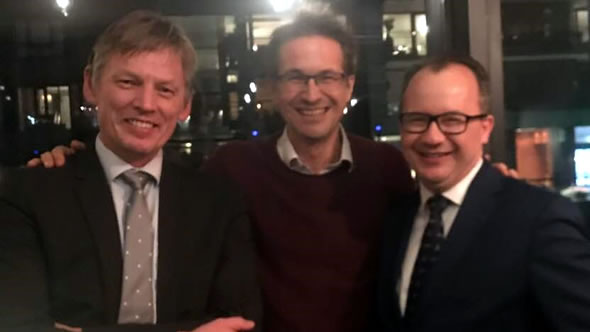