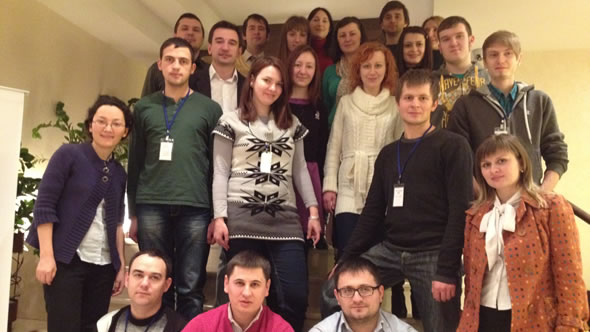 With the support of PACT, three analysts from the European Stability Initiative (Gerald Knaus, ESI Chairman; Besa Shahini, senior analyst; and Yana Zabanova, analyst) held a capacity-building workshop on January 24-27, 2013 in Kyiv for 20 young researchers from Ukraine and Belarus. The aim of the workshop was to train young analysts in the research and advocacy methods that ESI has successfully used in its work for the last 13 years, in order to improve the quality and impact of research done in Ukraine and Belarus and potentially to contribute to establishment of strong new think tanks in these two countries.

Realising the need for policy-oriented research undertaken by local actors, ESI has conducted such seminars since 2004 and has helped to build up analytical capacity in Macedonia, Kosovo, Bosnia Herzegovina, Armenia, Azerbaijan, Georgia, and Tunisia. ESI contributed to these new think tanks' early development through intensive capacity building efforts. These are now all independent fully autonomous organisations. 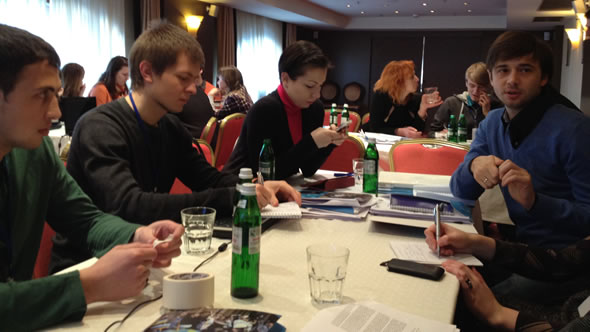 The workshop also featured group exercises in which participants, split into several groups, first discussed key issues they would focus on if they were to make a documentary on Ukraine (or Belarus) as part of the Return to Europe series. Photo: ESI
Please enter your search term