Cologne – EU-Turkey agreement one year on - and now? 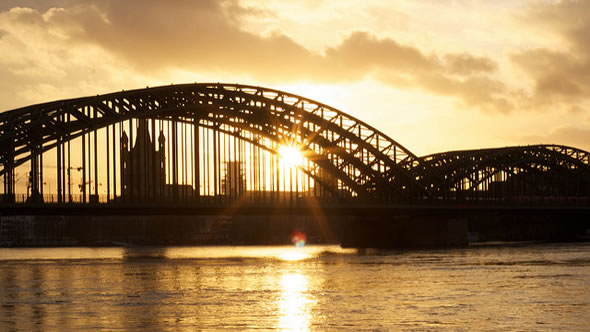 ESI Senior Analyst Alexandra Stiglmayer was one of the panellists at the event "Ein Jahr EU-Türkei Abkommen - und nun?" ("EU-Turkey agreement one year on – and now?") organised by the Southeast Europe Association on Monday, 27 March 2017, at 19.00 hours at the Fritz Thyssen Foundation in Cologne.

The other two panellists were Funda Tekin from the Centre for Turkey and European Union Studies (CETEUS) at the University of Cologne, and Jutta Lauth Bacas, a social anthropologist with expertise in migration. The event was moderated by Tobias Flessenkemper, the head of the Southeast Europe Association's Cologne office.

They discussed issues such as the effects of the EU-Turkey agreement on Greece, other EU member states and the Western Balkans; cooperation between Turkey and the EU; lessons to be learnt from the EU-Turkey deal for negotiations with other potential partners such as African countries; and the importance of border control and migration management for the future of the EU, 60 years after the Rome Treaties were signed.

The event has been organised with the support of CETEUS, Europe direct, the Young European federalists (JEF) and the Europe Union Cologne.