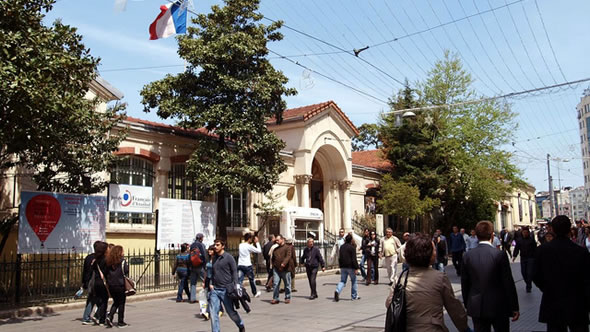 Turkey is the only EU candidate country whose citizens need a visa when they want to travel to the EU. This is a source of growing frustration among Turkish citizens. Earlier this year, the EU and Turkey negotiated a readmission agreement, which is a precondition for a formal visa liberalisation process. However, EU interior ministers refused to offer Turkey such a process. At the same time, a rising number of EU court decisions has cast doubts on the legality of the visa requirement for Turkish citizens, yet EU member states have been reluctant to change their visa policies.

With Turkish resentments running high, are there ways out of the current deadlock? What can Turkey learn from countries which recently received visa liberalisation? These and other questions will be at the heart of the roundtable, which will start with a presentation by Gerald Knaus, ESI Chairman.

The European Stability Initiative (ESI) is an independent think-tank. It has conducted a major project on visa liberalisation for the Western Balkans and been credited for contributing to its success. Currently ESI tries to use its experience to help initiate a visa liberalisation process for Turkey. It has recently organised events on the issue in Brussels, Berlin and Amsterdam. ESI is working with an advisory board that is chaired by former Italian Prime Minister and Interior Minister Giuliano AMATO and which includes former EU interior ministers such as Otto SCHILY (Germany) and Chares CLARKE (UK). More on this campaign can be found at www.whitelistproject.eu

The Stiftung Mercator supports ESI to make this meeting possible