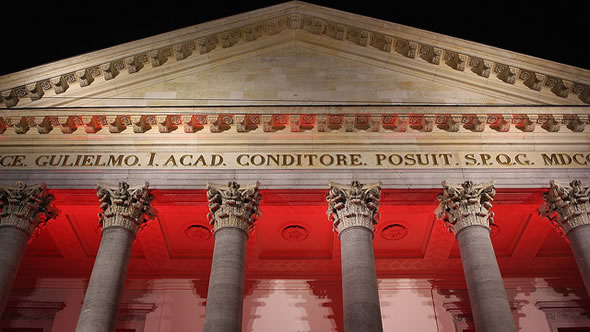 On 25 March 2013, ESI Senior Analyst Alexandra Stiglmayer gave a guest lecture on the EU policy of visa liberalisation at the Centre for EU Studies (CEUS) of Ghent University in Belgium.

She described the origins of this policy, which was first applied in the Western Balkans, but was so successful that it has been also offered to EU's Eastern partner countries and Turkey. She discussed the benefits for both sides: for the EU, these are an increase in internal security and soft power as well as close cooperation in many justice and home affairs areas with a neighbouring country, and for this country it is, besides visa-free travel, improvement and modernisation in these areas and cooperation with the EU and EU agencies such as Frontex, Europol and Eurojust.

Alexandra also explained how the process, which is based on a roadmap setting out the conditions, has worked in practice. She talked about the increase in asylum claims in the EU from citizens of Western Balkan countries following visa liberalisation and the solutions that exist. She also discussed the situation with Turkey, which is on the edge of launching a roadmap process with the EU, but still has concerns about a few issues; the background leading to the current situation, and the specific benefits that Turkey and the EU would reap from a visa liberalisation process.

More information is available at www.esiweb.org/whitelistproject.