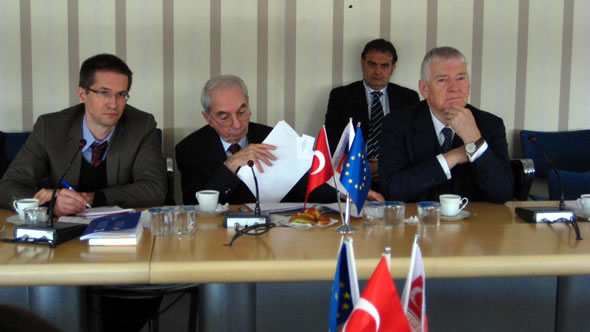 There is a legal right for Turkish citizens to travel without a visa to a number of EU member states already – ESI's Gerald Knaus, Giuliano Amato, and Otto Schily. Photo: TEPAV

Last week ESI sent out a newsletter "The time is now: changing EU visa policy on Turkey". There have been many reactions, from policy makers in Turkey and in the EU and in the media. The following week the ESI White List Project team travelled to Ankara to make the case for a visaliberalization roadmap process to begin with Turkey without delay.

In Ankara we also discussed how to best achieve visa free travel for Turkish citizens at an event organized by a leading Turkish think tank, TEPAV.