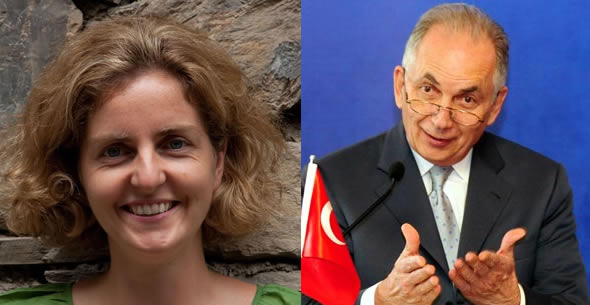 On 23 March ESI participated at the round-table "Restructuring the Turkey-EU Relationship" at Carnegie Europe in Brussels, which was co-organised by the Open Society Foundation. ESI analyst Katharina Knaus gave a presentation on the EU visa policy towards Turkey and the arguments ESI had presented in Ankara. On the panel on "Fundamental Rights, Justice and Home Affairs, and Visas" she was joined by Hakan Altinay, chairman, OSIAF Turkey, and Kemal Kirişci, executive board member, EDAM and fellow, German Marshall Fund.