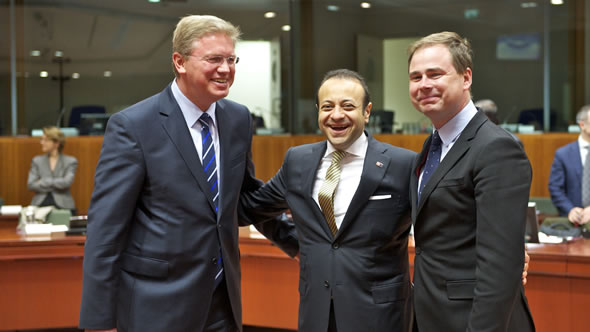 With this accomplished, later this autumn the European Commission is expected to present Turkey with an action plan on visa liberalisation, which will list the conditions that Turkey will have to meet in order to qualify for visa-free travel.

ESI is very pleased with this development. A visa liberalisation process is a major goal of our Turkey White List Project, which is funded by the Mercator Stiftung. In March 2012, representatives of ESI and its advisory board visited Ankara to discuss the issue with senior Turkish officials, including President Abdullah Gul. They presented a paper outlining a sequence of events similar to the one taking place now. In the run-up to the June agreement, ESI analysts also spoke to Turkey's Ambassador to the EU Selim Yenel and the Commission's Director-General for Enlargement Stefano Sannino.

A statement from the Turkish Foreign Ministry termed the announcement of the visa process by the Council and the initialling of the readmission agreement "an important step", while Home Affairs Commissioner Cecilia Malmstrom called it "an important development".

The readmission agreement, once it enters into force, will allow EU member states to repatriate Turkish citizens who have illegally entered EU territory. After a transitional period of three years, EU countries will also be able to return illegal migrants from third countries to Turkey if it can be established that the migrants reached the EU via Turkish territory. (See ESI's background reader "Facts and Figures related to visa-free travel for Turkey".)