Berlin – Update: advocacy campaign for a Europe without political prisoners

In the past few months the Guardian, the Economist, and many other international media reported on ESI's research on Azerbaijan's caviar diplomacy and the failure of international election monitoring in Azerbaijan. Last December, ESI's Ben Judah and Gerald Knaus published an opinion piece in Reuters: "International pressure works on Putin".

On 11 February EurActiv and other media reported that the European Parliament's ethics committee is probing a group of MEPs who are suspected of accepting favours from Azerbaijan during an electoral observation mission there in October 2013. EurActiv wrote: "In a report published in November, the European Stability Initiative, a think-tank, had already rung the alarm about the way the Azeri elections were being monitored more generally."

On 13 February, ESI's Gerald Knaus met with the new Commissioner for human rights of the German government, Christoph Strässer, in Berlin, to discuss advocacy for a "Europe without political prisoners." 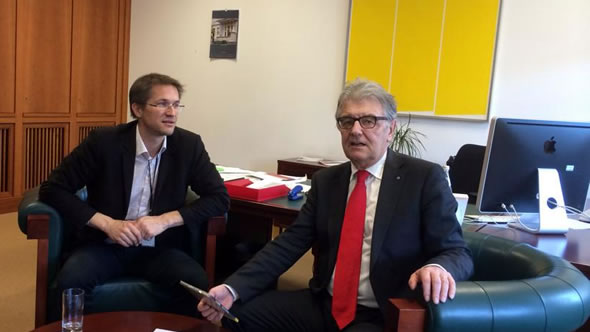