On the brink in Greece – the vote today

"People only accept change in necessity and see necessity only in crisis."

Today Greeks vote in a referendum whose outcome could have dramatic consequences for their country. Polls show that the result is on a knife-edge. Every vote counts.

Some commentators see the referendum as a "fight between the Greeks and Europe's cruel capitalism." "If No wins," one observer explains approvingly, "the confrontation with the European Union and the domestic dominant class will escalate." Historical references are everywhere: "The Iraq War of Finance." "Versailles 1919." "The destruction of Carthage." "European Guatemala (as in the 1954 CIA inspired coup)." It is as if the future of global capitalism will be decided by voters in Sparta, Athens or Santorini.

In Greece itself, a feverish debate has erupted, even as the economy has tanked. Greece already had a shortfall in annual tax revenues of more than €1.7 billion at the end of May. The last three months were already the worst quarter for manufacturing for two years. Greek banks may run out of cash by Monday. Vasilis Korkidis, who heads the national Confederation of Hellenic Commerce, explained that the economy had suffered losses worth €1.2 billion in the past week and that the cost would have to be added to any fresh bailout deal. Tourism, the main export earner, saw an estimated 50,000 holidaymakers cancelling bookings every day since the end of last week.

The stakes for Greece could not be higher.

The case for Yes

In Greece this week, 246 university professors described "the medium-term consequences" of a NO vote as follows: "Devaluation, runaway inflation, shortages of food and medicine… international isolation of the country, no access to international capital markets for several years, low growth… For all these reasons, our unequivocal answer to the real question of the referendum is: YES. Yes, to Europe."

Other experts on Greece are equally concerned. Mark Mazower, author of numerous books on modern Greece, including Salonica – City of Ghosts, notes the return of the language of romantic revolution with Syriza:

"the party evokes the potential strength of unfettered people power; the leap to genuine sovereignty to be made by leading a worldwide revolution against austerity. And, failing that, in a phrase heard more and more the past few months in Athens, there is talk of a kind of collective suicide, like those Greeks who blew themselves up rather than surrendering to Turkish forces two centuries ago."

For its part, the Greek government of Alexis Tsipras claims that it pursues a rational policy, and that following a NO vote on Sunday, Greek banks will "reopen on Tuesday". Greece will stay in the euro. Greece's creditors will be prepared to offer a third bailout programme. Speaking on RTE radio in Ireland, Yanis Varoufakis explained that a deal was ready: if the vote was Yes, the Greek government would sign on the dotted line. If No, they had had alternative and better proposals from Europe: "With the power vested upon us by that NO, we renegotiate Greece's public debt as well as the distribution of burdens between the haves and the have nots."

And what if no such deal would be on the table? What if, as many Greek economists and experts on modern Greece such as Mazower believe, this negotiating strategy is close to magical thinking? Supporters of Syriza, such as US economist Paul Krugman, argue that this would be fine, too:

"Much and perhaps most of the feared chaos from Grexit has already happened. With banks closed and capital controls imposed, there's not that much more damage to be done."

"With no deal the banks will not receive any liquidity assistance and will not be able to open to the public. Since trading in the real economy will collapse, the government, with no revenues to speak of, will be forced to print a parallel currency to run the state (police, hospitals, public sector etc.). First, this is illegal under Eurozone rules and secondly bad money drives out good. So this will effectively mean Grexit.

Deposits will be redenominated in the new currency and will lose at least half their value in the ensuing devaluation of the parallel currency. Inflation will follow and the resulting purchasing power and wealth will be decimated. This will lead to an austerity not even imagined on the basis of what happened in the last five years or what is to come if we vote YES. So Krugman is wrong in reassuring us that the worst has already come. This is an irresponsible statement not backed up by any evidence."

Who can negotiate a better deal for Greece?

If the NO camp wins, the current Syriza government will continue to act the way it has all along. This would be what Hugo Dixon called the "truly ugly option":

"Tsipras says this would give him a mandate to secure a better deal from the creditors. But it's hard to see why this would be so. There is not a shred of trust left. The creditors would probably conclude that "No" means "No" and that there was therefore no point in talking about a deal. The immediate consequence is that the banks would stay closed. At the moment, depositors are allowed to take out 60 euros a day. But after perhaps another week, they would run out of cash totally."

So what is the least bad scenario now? This would be the emergence – somehow, following a Yes – of a broad government of national unity, focused on taking the country back from the brink to which Syriza's governance has taken it.

Imagine instead a future Greek government making a very different pitch for international support, taking a message of Greek responsibility from Athens to European capitals. Imagine a government speaking in brutal honesty to its citizens and European partners:

"As you all know Greece is going through an excruciating financial crisis. Under these conditions we need common sense... We need to revamp the state and its mentality almost from scratch! A new political culture needs to emerge in order to host a genuine separation of powers within the state.

We are still unable to cooperate effectively with the private sector and increase our productivity. An inextricable web of laws determines the framework within which we are forced to operate. The state needs to stop being hostile to its citizens. We need a government that will stop fooling citizens and proceed immediately to some common sense action. Political forces must form a united front on certain fundamental issues – like the state's modernisation – and negotiate from a better position the country's future.

The view that we can resort to excessive public spending in order to revive the prosperity of the past is not only surreal; it also ignores the current balance of power in our continent. In order to distribute wealth you need to create favourable conditions in order to produce it. Unfortunately, there are too many Greek politicians suggesting that sustainable growth can come without radical reforms but in some magic way.

What Greece desperately needs is radical transformation of its state, which can in turn bring change to its political culture. This will be our task."

This very speech was in fact delivered by an elected Greek leader in London in 2014: one of the leaders of the YES campaign this week, Thessaloniki mayor Yiannis Boutaris.

ESI told the Boutaris's story earlier this year. He is no technocrat, having won two elections in a row. Like most Greeks, Thessaloniki's mayor has often criticized the prescriptions of outside experts, who, he warned in 2014, "seem to know as much about the reality of Greece as most tourists visiting the Acropolis." And yet, Boutaris is also a credible reformer. Der Spiegel called him a "reform hero." The New York Times wrote that Boutaris "showed Athens how it is done." In 2014, The Economist praised his city's "exemplary" transformation. His leadership of the YES campaign provides it with yet more credibility in the eyes of the outside world, on whose support Greece now depends.

If the YES camp prevails, there might be an opportunity for a different approach; taking Greece back from the brink and starting the process of rebuilding trust between Greece and the rest of the European Union.

This is of course far from certain. There might not be a government of national unity. Creditors might fail to respond to any new Greek overtures. The YES choice brings only a chance of a return to sanity.

No more, but also no less.

"The truth is that the recession in Greece has little to do with an excessive debt burden. Until 2014, the country did not pay, in net terms, a single euro in interest: it borrowed enough from official sources at subsidized rates to pay 100% of its interest bill and then some. This situation supposedly changed a bit in 2014, the first year that the country made a small contribution to its interest bill, having run a primary surplus of barely 0.8% of GDP (or 0.5% of its debt of 170% of GDP). 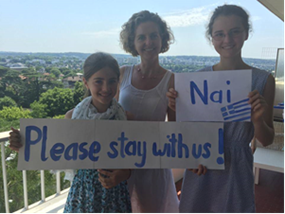 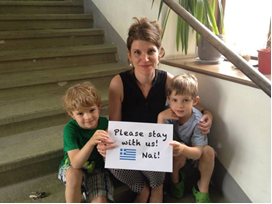 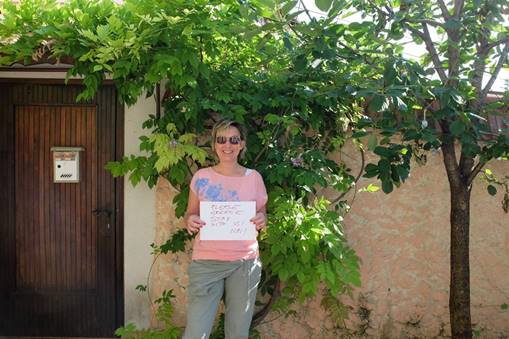 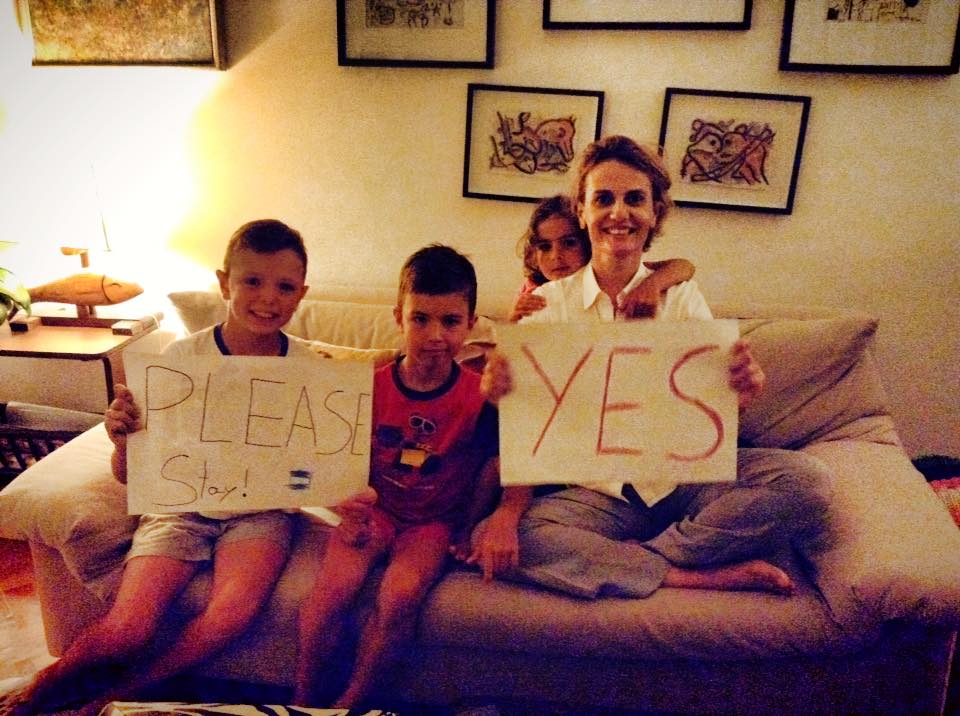 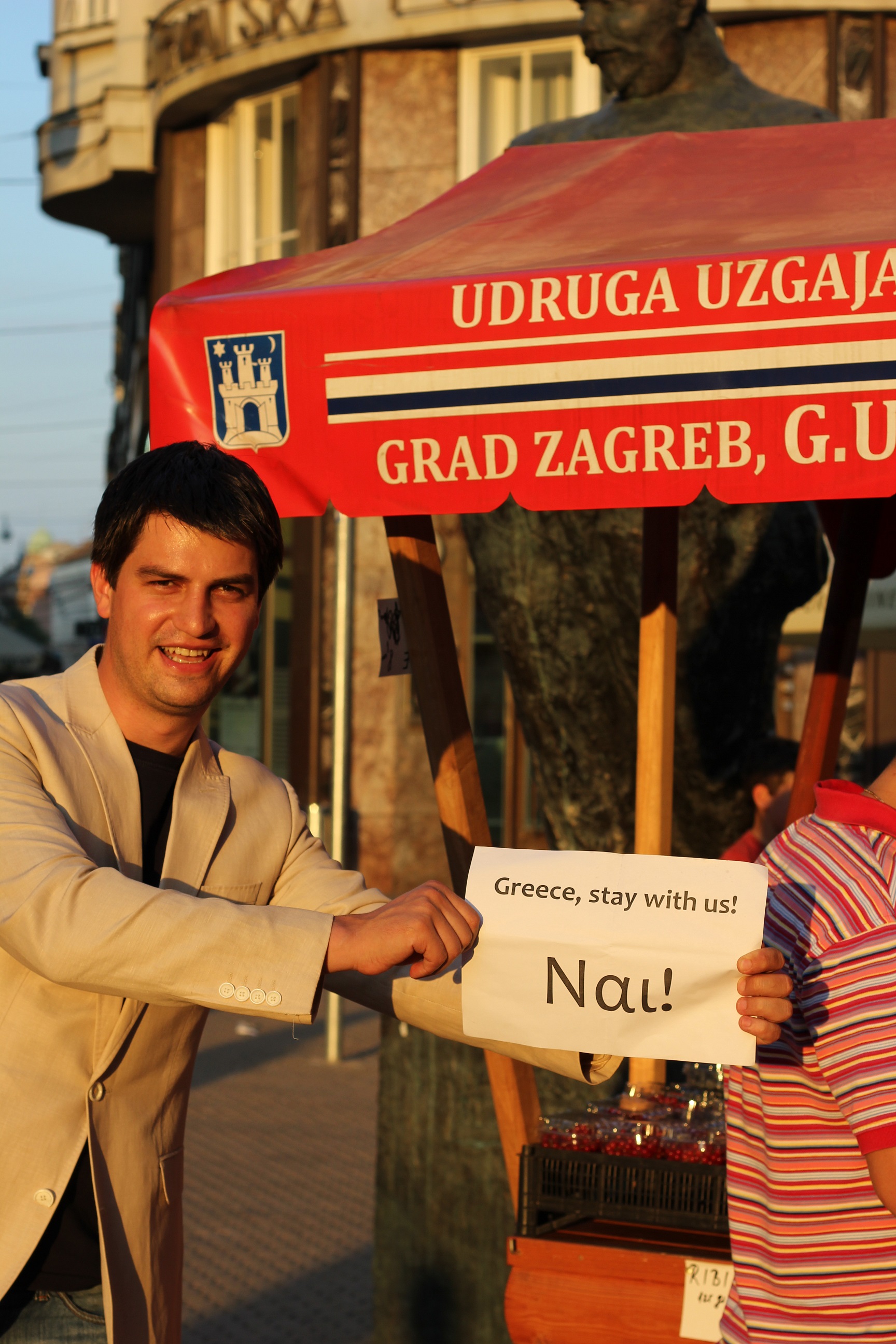 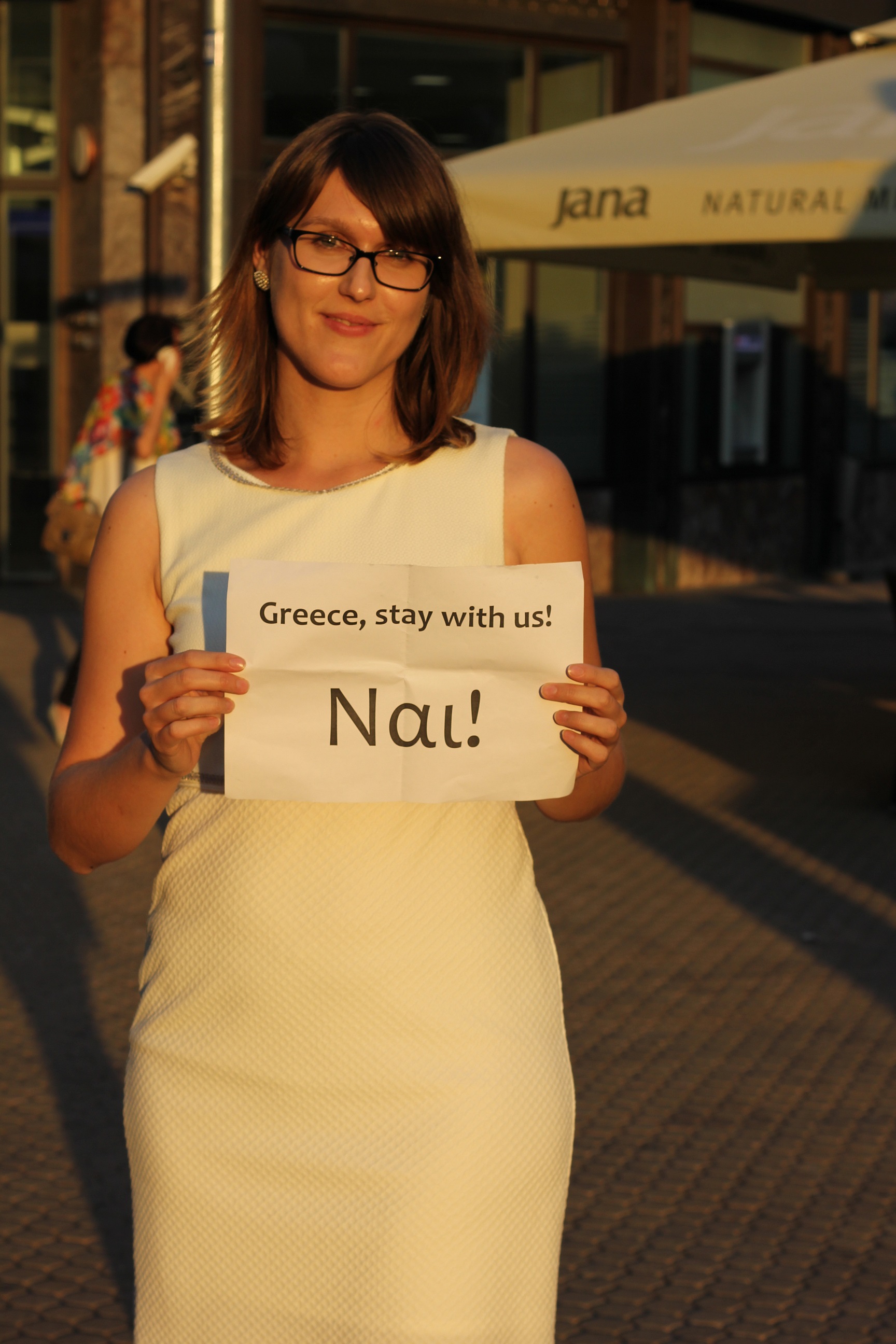 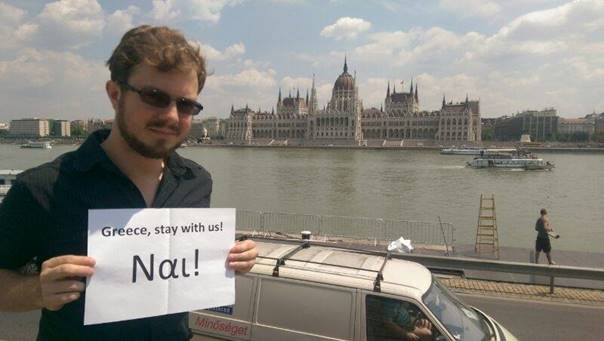