Georgia and Freedom: from liberalism to libertarianism? - portraits of member-state builders

We are glad to present to our readers some results from three years of ESI field research in the South Caucasus Republic of Georgia. It is one of the most extraordinary stories of state building and economic reform in the post-Soviet world.

In recent days we presented our Georgia research at the Kennedy School in Harvard, at GMF and at the Carnegie Endowment in Washington DC. This Wednesday there is another presentation in Brussels. You can find the first three parts of this story here:

Georgia captured the imagination of the world in November 2003 when a display of people power swept away the old political establishment. In its place came a new generation of leaders – young, articulate and displaying enormous confidence in their ability to transform their country. From the outset they presented Georgia as a model of global significance. As president Mikheil Saakashvili put it in February 2004:

"Prosperity and respect for human dignity are entirely possible in this region of the world, in that interconnected space linking Europe with the Middle East. When Georgia succeeds, the region succeeds."

So what has come of the Rose Revolution almost six years later? And what is at stake in Georgia today?

Ayn Rand and the power of (libertarian) ideas

Recent developments in Georgia reveal the power of ideas on policy making; and the influence of charismatic individuals, who take ideas seriously, on the development of nations. In the case of Georgia the most influential ideas were those of American and Russian libertarianism.

Atlas Shrugged, a 1957 novel by the libertarian thinker Ayn Rand (who was born in Russia), is an ode to the free market, the minimalist state and the sovereignty of the individual. It is also a useful text to read if one wishes to understand the worldview of Georgia's policy makers since 2004.

The main character in the novel, the engineer John Galt, escapes from an America that has become a breeding ground for socialist ideas. Galt calls on other men and women of talent and ambition to follow him to the remote mountains of Colorado in order to establish a utopia of pure capitalism. In the end, America discovers that it cannot survive without the talents of Galt and his fellow libertarians. They return from Colorado, defeat the collectivist morality of the masses and bring down the oppressive state.

Kakha Bendukidze is Georgia's John Galt. A biologist by training, Bendukidze rose to become one of Russia's top twenty oligarchs in the 1990's. He also became a convinced libertarian, who said for example that "to ask the government for help is like trusting a drunk to do surgery on your brain".

By 2004, as Putin's regime tightened its grip on strategic industries, Bendukidze began disposing of assets and moved to Georgia as minister of economy. At the time, some Russian liberals hoped that one day Bendukidze, like John Galt, might return. As columnist Vitaliy Tretyakov wrote in Rossiiskaya Gazeta:

"Russia is highly interested in the success of Bendukidze's truly historical mission … The liberal economic experiment that Kakha Bendukidze will certainly try to carry out in Georgia would (if successful) rehabilitate Russian liberalism, if this is at all possible."

In Tbilisi Bendukidze created a group of followers and set out to turn Georgia into an ultraliberal reform model from 2004 onwards.

During Bendukidze's period, Georgia became the darling of libertarians worldwide. Bendukidze struck up a close relationship with the inventor of the World Bank's Ease of Doing Business Index, Simeon Djankov (currently the Bulgarian minister of finance).

Their joint efforts saw Georgia move in this ranking from the 100th position in the world into 11th place, an unprecedented rise. USAID praised Georgia's reforms as "the broadest, deepest, fastest business climate reforms of any country in the last 50 years." The conservative Heritage Foundation in Washington DC found Georgia to be "mostly free" in 2010, a status which in its view the majority of EU member states have not obtained. 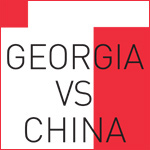 Georgian politicians love to evoke international rankings. Leading US think tanks celebrate Georgia as a global flagship of libertarian governance. In the most recent World Bank Ease of Doing Business Survey, Georgia comes 11th in the world. Heritage Foundation ranks Georgia 26th in its 2010 Index of Economic Freedom. The Forbes 2009 Tax Misery and Reform Index regards Georgia as the 4th most tax friendly country in the world, behind only Qatar, the United Arab Emirates and Hong Kong. This makes Georgia the most liberal tax regimein Europe. The most recent Economic Freedom of the World Index published by the Cato Institute and Fraser Institute, puts Georgia 42nd in 2007, ahead of many EU countries such as Slovenia or Belgium.

But if Georgia became a libertarian success story, how about its liberal aspirations as a European democracy?

The US-based think tank Freedom House today finds Georgia to be as imperfectly democratic as it had been before the Rose Revolution, labeling it "partly free", in the same category as Kuwait, Nepal or Hugo Chavez's Venezuela. The London-based Economist Intelligence Unit, which puts together its own Democracy Index, ranked Georgia 104th out of 167 countries in 2009, placing Georgia among 36 "hybrid regimes", a category including neighbouring Armenia, the Kyrgyz Republic and Russia. As Georgia expert Lincoln Mitchell put it:

"If democracy in Georgia fails, Georgia will return to being a semi-democratic, semi-failed post-Soviet state about which nobody in the US or Europe will care a great deal, albeit one through which several energy pipelines pass … Georgia's ongoing strategic value to the US is dependent on the growth and consolidation of Georgian democracy."

To re-brand Georgia as a global model after the Rose Revolution was remarkably ambitious. A few years before, Georgia had been regarded as one of the most corrupt countries on earth. After 1991 public expenditure on education in Georgia dropped from 7 to 1 percent of GDP, a decline described by the World Bank as "unique in the history of education worldwide." In the health sector, spending (0.6 percent of GDP in 1999) was lower than in most low-income African countries. In 2004 GDP stood at 45 percent of the GDP in 1989.

Georgia's leaders also confronted organized crime (the so-called thieves-in-law). Before 2004 one of the most corrupt and predatory government bodies was the Ministry of Internal Affairs. Giorgi Baramidze, Georgia's first post-Rose Revolution minister of internal affairs, noted in 2004:

"Every single relationship inside this ministry and all relations between the ministry and the public were based on corruption … the Ministry was involved in the drug business, weapons smuggling, protecting criminals, extortion, kidnapping."

A law entered into force making it a criminal offence, punishable by prison and confiscation of assets, to be publicly known as a crime boss. 214 people were arrested as "thieves." A prison riot in March 2006 in Tbilisi, seen to be instigated by organised crime, resulted in the death of 7 inmates. Human rights groups demanded an investigation, but the government was unapologetic.  As president Saakasvhili told parliament, following this crackdown: "The backbone of the system of crime bosses has been broken."

Draconian provisions were introduced to the penal code. Petty corruption was treated like a serious crime, warranting years in jail. The Georgian prison population increased from around 6,200 people in 2003 to 18,500 in 2008. This earned Georgia the distinction of having the highest per capita prison population in Europe after Russia and Belarus.

The future of the Georgian experiment?

So what can the world learn from Georgia? And what must Georgia learn from other European countries to be successful?

Georgia's current reform agenda risks to deepen the divide between Georgia and the rest of Europe, leaving the country more isolated and vulnerable. To discuss this question with us please join us at different events that we will organise across Europe – and in Georgia – in coming months. And join us again when we publish – next week – part four of our Georgia series on the European choices the country's leaders face today.

Learning from Enlargement – Portraits of EU member-state builders and more

With the support of Erste Foundation in Vienna we are currently undertaking an ambitious research project on lessons from the most recent enlargement.

We are also working to provide a user-friendly overview of basic background literature on enlargement and the experience of different countries.

And finally we introduce some of the most interesting thinkers and writers on the recent enlargement, including Timothy Garton Ash, Janos Kornai, Richard Rose, Mark Leonard, Poul Skytte Christoffersen, Heather Grabbe, Frank Schimmelfennig, Milada Anna Vachudova, Thomas Risse and others.

For more, explore the Rethinking Enlargement Project website. And for regular updates on the Balkan visa liberalization story – and the very latest this week on progress made by Bosnia and Albania - please visit the ESI Schengen White List Project pages.

If you want to be informed before everybody else about ESI publications and ESI events please become a fan of ESI on Facebook.