In recent weeks ESI analysts have continued to present proposals to European decision makers on how to deal with the current refugee crisis while preserving Europe's commitment to the principles of the Refugee Convention – in Ankara and Istanbul, Athens and Rome, Vienna, Skopje and Tirana; presenting the basic principles behind the Merkel-Samsom plan with ministers and opposition leaders, parliamentarians and heads of asylum agencies, EU commissioners and ambassadors.

Then, earlier this week, the Turkish government presented a version of the Merkel-Samsom plan to the EU in Brussels. German Chancellor Angela Merkel spoke of a "possible breakthrough, if this plan is implemented." The practical difficulties of implemention remain immense. The clock is ticking. And as we argued many times concerning previous proposals, such as relocation, the devil is in the details. Four questions and one emergency need to be addressed:

How can Greek institutions return those who reach Greece from Turkey in accordance with the core principles of international asylum law? How can the EU support Greek efforts to achieve this? Can the EU find ways to send to Greece asylum case workers instead of (only) police officers and soldiers?

How can a voluntary humanitarian resettlement scheme by a coalition of willing states (going far beyond the one-for-one exchange offered by Turkish prime minister Davutoglu), which has been negotiated in parallel for weeks, be implemented rapidly? Germany indicated that it is willing to take the lead – but when will this begin?

Safe country for all refugees:

How can the EU support the creation of better conditions for the large number of refugees now in Turkey, who are likely to remain in the country for the foreseeable future?

How can the goal of visa liberalisation – which Turkish leaders have for a long time linked to the full implementation of any readmission agreement – be achieved before the summer, as ESI recommended in presentations and publications in recent months; a goal which Turkish prime minister Davutoglu has now embraced?

Finally, what can EU member states do to help Greece in light of the dramatic images near Greece's Northern border without undermining the core ideas behind the Merkel-Samsom plan?

In recent days ESI presented the following idea to decision makers: a coalition of willing EU member states should go ahead immediately and offer to Greece and Turkey to resettle a few thousand Syrian refugees now in Greece – beginning with families, women and children now trapped at Idomeni – on the condition that these families first return to Turkey within the next two weeks.

The rationale for this is obvious: if Germany and other states were to agree to take refugees directly from Greece they would merely create a pull effect – exactly the opposite of the objective underlying the Merkel Plan, which is to help resettle people directly from Turkey.

Such a humanitarian rescue would need to be accompanied by a very clear message:  that after a full EU-Turkey agreement enters into force this week, anyone moving to Greece will thereby undermine their chance for any resettlement, and still risk being returned.

This would be a powerful signal of what a successful conclusion of the EU-Turkey deal would mean: not a move towards a fortress Europe, but a step towards destroying the business model of smugglers and moving from a disorderly to an orderly process.

More soon in the next ESI report. In the meantime, please check @rumeliobserver (on Twitter) and the ESI Facebook page for regular updates.

Bosnia and the first circle of hell 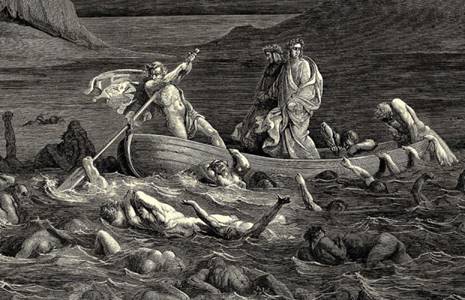 In the first half of the 1990s, Bosnians found themselves in the deepest circles of hell, in a world of war, genocide and ethnic cleansing. Following the Dayton Peace Agreement in 1995 Bosnians were able to escape war, but have since remained trapped in a different European underworld: isolated, looked down upon, seen as hopeless and treated as such.

In Inferno, the first book of his Divine Comedy, Dante describes his journey through nine circles of hell. The Bosnian predicament brings to mind the first circle of Dante's inferno, Limbo, which hosts "virtuous pagans struck with grief from a lack of God's presence." Pagans had the misfortune to be born at the wrong time and in the wrong place. They might be good people but, unbaptized, they could not enter purgatory. Paradise is forever closed, not because of their deeds, but because of who they are. It is time for Bosnia to be allowed to escape from Limbo. A new ESI report sets out how:

One popular idea about Bosnia and Herzegovina among European observers is that Newton's first law of motion applies to its politics: this law says that an object at rest will stay at rest unless acted upon by an outside force. For Bosnian politics, that outside force has to be the international community.

In February 2016, this logic was upended. The chairman of the Bosnian presidency, Dragan Covic, submitted his country's EU membership application, demonstrating that Bosnian leaders had their own will, determination and the ability to agree amongst themselves to push for something that they considered to be in the best interest of their country. In Brussels, European Commissioner Johannes Hahn praised the Bosnian government for having undertaken "a lot of work in order to submit a credible application." And following the Brussels ceremony, Bosnian leaders from different ethnic groups and various political parties vowed to do whatever is necessary to obtain official EU candidate status by the end of 2017. This objective is ambitious, but it is achievable. 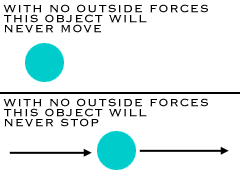 One debate in EU capitals today is whether Bosnia is "ready for the next step." The conventional wisdom that Bosnians cannot coordinate when it comes to EU matters is wrong. The history of relations between Bosnia and the EU since 2000 shows that whenever Bosnian institutions were seriously challenged by the EU to co-ordinate, they were able to do so – often to the surprise of their European counterparts.

A new ESI report explores this history and sets the record straight. It tells the forgotten story of Bosnia-EU relations. It shows that it was not squabbles between Bosnia's political leaders and their inability to work together that delayed Bosnia's long overdue application for membership, but arbitrary conditions, specially devised for Bosnia and applied to no other accession country.

At the same time we argue for a concrete step to be taken by EU leaders without delay. The next step in the process would be a decision by the 28 EU member states to ask the European Commission to prepare an opinion (avis) on the Bosnian application. In the case of Croatia in 2003, it took two months for EU member states to ask the Commission to do this.

Receiving a questionnaire is not a reward for political leaders. It is like a voucher for three months in a boot camp for civil servants, with a program designed by ex-Royal Marines: the civil service equivalent of circuit training, obstacle courses, swimming and boxing. You put yourself through this only if you are highly motivated and believe in the process. Bosnia's Europeanisers in the public administration do not need more carrots and sticks to work on Bosnia's EU agenda. They need to be taken seriously. Then they and their colleagues will respond to professional challenges professionally.

It was high time for Bosnia to submit an application for EU membership. It is high time for the EU to treat Bosnia as a normal candidate: strictly but fairly. The sooner the Bosnian civil service at all levels of the state can work on answering the questionnaire to obtain candidate status, the better for Bosnian citizens, for the EU and for the cause of reforms. The EU should encourage the ambition of the Bosnian presidency, not thwart it. It is a bet that the EU should be willing to make now, in its own interest.

How Bosnia lost a decade – illusions and the legacy of Yugo-nostalgia in Bosnian politics: "Protests and Illusions – How Bosnia lost a decade", 23 December 2014. The main development challenge in Bosnia is how to deal with massive deindustrialisation while creating a functioning welfare system under conditions of devastatingly low employment. And how to attract investments that lead to jobs.

ESI presentation in the European Parliament– how Bosnia fell 7 years behind Montenegro since 2006, and why this is not the fault of Bosnian leaders: "European future of Bosnia and Herzegovina – 20 years after Dayton-Paris Peace Agreement", 9 December 2015.

EU conditionality going wrong, costing Bosnia dearly: "Discussion paper: The worst in class. How the international protectorate hurts the European future of Bosnia and Herzegovina", 8 November 2007. This is where Bosnia first fell behind Montenegro.

EU conditionality going wrong in Bosnia: "Houdini in Bosnia. How to unlock the EU accession process", 17 October 2013: "Lost in Bosnian labyrinth. Why the Sejdic-Finci case should not block an EU application", 7 October 2013.

EU conditionality working in Bosnia: "Analysis: Bosnian Visa Breakthrough. Detailed Scorecard of Bosnia and Herzegovina's results in meeting the EU Schengen White List Conditions", 16 October 2009. A lot can be learnt from this experience.

How not to measure progress in Bosnia: "Rankings that fail: Bosnia, Macedonia and Doing Business 2015", 9 November 2015.

Statistics and what needs to change for Bosnian numbers to be reliable: "Draft: Sectoral statistics – scorecard 2014", May 2015. Without credible statistics, how can policy making be serious?

How to measure corruption in Bosnia and across the Balkans: "Measuring corruption – The case for deep analysis and a simple proposal", 19 March 2015. Never rely on impressions when judging how corrupt a country is; there is a need for solid evidence to design policies.

A concrete list of suggestions for Bosnia to improve its business climate (a little) and its image (a lot more): "Bosnia as Wunderkind of Doing Business. Outline of 14 steps to take – A proposal to the presidency of Bosnia and Herzegovina", 19 March 2015.

How to improve the EU accession methodology in the interests of countries such as Bosnia: "Paris paper – Enlargement and Impact – Twelve ideas – Dummy Report", 28 January 2015.

13 March, 11:00, panel debate at the Burgtheater - Debating Europe: Refugees in Europe. Yes, we can. But how? (in German language) with: