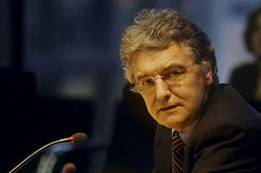 "I thank all those who had taken part in the debate for their constructive comments. I also thank those who had opposed the resolution.

"I do not wish to say anything else on that topic.

"The point of departure is important. The definition of political prisoner is not new; I as rapporteur have been asked to provide a report on something that already exists.

"A number of members of the Assembly have been at the Committee hearings at which this had been discussed.

"The definition had been used previously in this Assembly and had not been criticised.

"I find it difficult to understand why some members thought the process had been hasty when it had taken three years.

"I would have been happy to receive motions that could have led to consensus, but none arrived. I am sure that no consensus can be reached.

"I ask Mr. Agramunt to look again at paragraph 4. I almost regret including this as a compromise at the behest of Mr Agramunt's Spanish colleague.

"Ms Christoffersen commented that there would be winners and losers: if the Assembly does not act decisively the losers would be those affected by its indecision.

"Mr Hancock had talked about Azerbaijan. I have been criticised by human rights institutions for not having spent enough time in Azerbaijan. In January I will submit a separate report on that country.

"If Amendment 2 is accepted the whole substance of the report would disappear.

"I call upon the Assembly to reject the report in its entirety if Amendment 2 is agreed!"