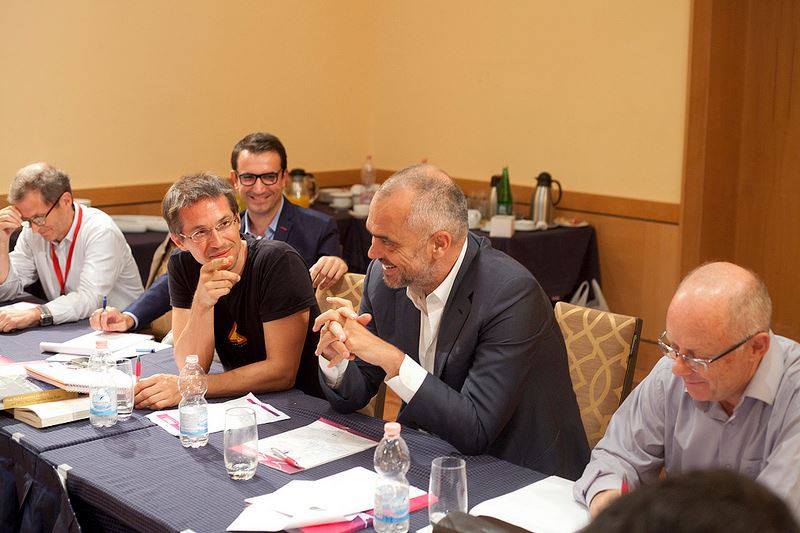 Moderating a one day brainstorming on the future of the Albanian economy in Tirana, August 2013 with next Minister of Labor and welfare, Erion Veliaj, incoming prime minister Edi Rama and the next minister of Finance, Shkëlqim Cani

Last week I went to Tirana to participate in two events on the Albanian economy. One was a brainstorming with senior international economists and some of the incoming new Albanian ministers, which I was asked to moderate (see picture above); the other was a public event on the future of the Albanian economy.  It was an interesting, and sobering, debate. 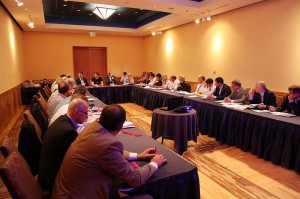 The economic challenges Albania faces are familiar, and enormous. There is the prospect of short-term crises. There is concern about an energy supply crisis later in the year. Some worry about discovering the true state of public indebtedness following an audit (including all unpaid bills by Albanian public institutions which will come due).  The motor of previous growth, the construction sector, has come to a halt. At this moment there is almost no credit being given to Albanian companies by banks, a disaster if the goal is structural change.

More than two decades after the end of communism the private enterprise sector is small and weak. The total number of companies with more than 50 employees that are in manufacturing is 282. There are only 851 companies in the country with an annual turn-over higher than 250 million Lek or 1.8 million Euro. Without credit for investment, and with limited savings by companies due to low turn-over and even lower profit margins, it is hard for entrepreneurs to develop and move up the value chain, to invest in producing more sophisticated products or train their work force. And without a more competitive manufacturing sector and rising exports Albania will never catch up.

In preparation for this event ESI prepared a handout for three pages with four tables. I share it here for those who are interested:

FOUR TABLES, TWO MAIN CONCLUSIONS –  How Albania is not catching up

Here are four simple tables to inform a debate on the Albanian economy and on the challenge of catching up with the rest of Europe in terms of employment and overall welfare of citizens.

On 23 June 2013 Albanian voters went to the polls in parliamentary elections. Voters had the choice between dozens of parties organised in two main coalitions. Both coalitions presented a vision of Albania’s long-term future as member of the European Union. The Alliance for a European Albania led by the Socialist Party announced its program in is very name.

Here is a simple argument in three pages to suggest that there is a good economic reason for this focus on EU integration. Since 2003 – when the EU first promised a European future to the Balkans in Thessaloniki – the economic gap between the wealthier and the poorer countries of the Balkan region has grown further between two groups of countries. Countries that negotiated accession to the EU during the past decade (Croatia) or joined the EU (Bulgaria and Romania) were already richer in 2003 than the “Balkan five” – Albania, Bosnia, Macedonia, Serbia and Kosovo. Since 2003, rather than catching up, the laggards have fallen further behind.

However, within the Western Balkans there is significant diversity: some countries – Kosovo, Albania – are significantly poorer than others.

If one looks at development and growth in the past decade (since 2003) a clear trend emerges.

In some countries Gross National Income per capita has increased significantly more than in others. Again there is a correlation between increases in gross national income per capita and EU accession (with Montenegro an outlier; this may be due to its small and peculiar economy with a population of only 600,000). Romania, then Bulgaria, then Croatia did best in the years since 2003. Bosnia, Albania and Kosovo did worst.

There is another interesting correlation between per capita GDP and exports per capita. Compare Albania on the one hand and Bulgaria on the other (table 3).

One final table shows the social cost of not catching up (table 4). Employment rates (all people of working age actually working) are significantly lower in Kosovo, Bosnia and Albania than in Croatia, Greece, Bulgaria or Romania (all Balkan countries are below the EU average here). Only 42 percent of the working age (!) population in Albania actually works.

This indicates an enormous development challenge. A decade of peace has allowed all the Western Balkan countries to develop. However, growth based largely on construction and remittance-powered simple services has not helped a country like Albania catch up.

These four tables, and common sense, point towards two central policies for Albanian leaders to focus on in the coming decade to do better and break out of the current trap: 1. take exports seriously; 2. take EU integration seriously. 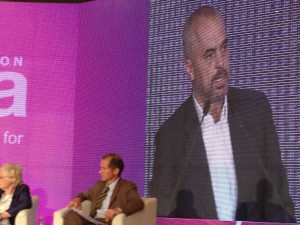 Erik Berglof, Chief Economist of the EBRD, listening to the incoming prime minister 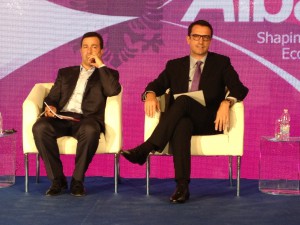 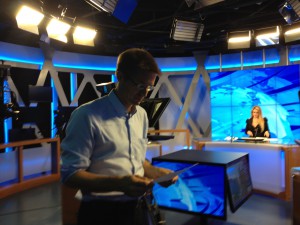 Preparing for an interview on the future of the Albanian economy. There are no easy answers.