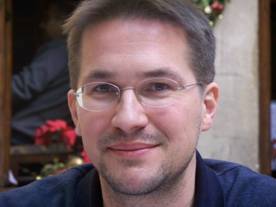 Gerald Knaus, OSI Fellow, Rumeli Hisari
I live in Rumeli Hisari. It is from here, the very edge of the European landmass, that I observe the world.

Some of these observations I will share on this blog in the coming 12 months. I will do so in my role as Open Society Fellow. But before I do so, let me share a view with you: 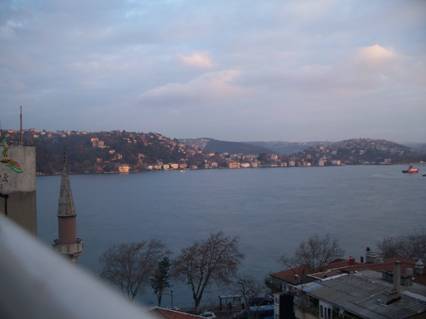 When I sit at my desk I look out at the Bosphorus. I see ships carrying containers or travellers. Sometimes there is a cruise ship: then most tourists stand outside on the top deck, looking at the shore after a few days journey from Odessa. Sometimes a submarine passes by: once I saw a group of soldiers standing on top of their submarine, as much entranced by the beauty of the Istanbul shoreline as any other visitor.

In the evening party boats with loud music fill the village with their rhythms, the sound reflected from the hills that open out to the Bosphorus like a huge amphitheatre.

When I look straight across the Bosphorus I see a 14th century fortress (Anadolu Hisari) and the Ottoman palace of Kucuksu (Little Water), next to a sandy beach which was opened recently for swimmers. The quality of the water has improved in recent years and in summer every day some are brave enough to jump in.

One of the most pleasant experiences looking out of the window are the dolphins, chasing each other, always in safe distance from the large ships carrying raw materials from the Black Sea to the Mediterranean. When the sun shines, its light dancing on the waves, seagulls screaming and dolphins playing in the water, this is one of the most pleasant urban experiences in the world. 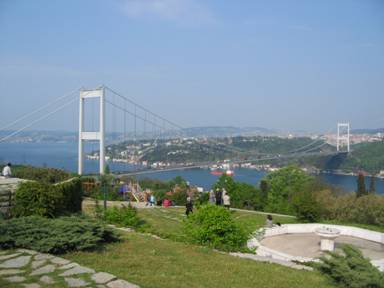 Rumeli Hisari is well known for its fortress, its suspension bridge and its university. The bridge is one of the longest in the world (at 1,096 metres). When all windows are open I can hear the distant hum of traffic, as people cross between the Anatolian and the European side of the city. When I need to cross I rarely take a car, however. I call one of the small boats on the Asian side of the Bosphorus and then wait to be picked up next to the former ferry station in Rumeli Hisari. It costs less than 10 Euro to get from “Europe” to “Asia” in this way. 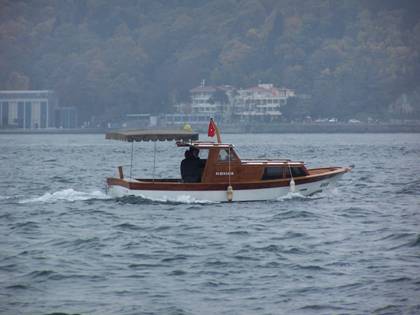 There is also a massive tower outside my window. It belongs to the castle of Rumeli Hisari, one of the mightiest Ottoman fortresses ever erected. It was built in 1452 in preparation of the Ottoman conquest of Constantinople. In some older guidebooks “Rumeli Hisari”, the name of the village, is even translated as “Fortress of Europe”. Rumeli comes from “Roman” and was used by the Ottomans to refer to this region, the heart of the Byzantine Empire. 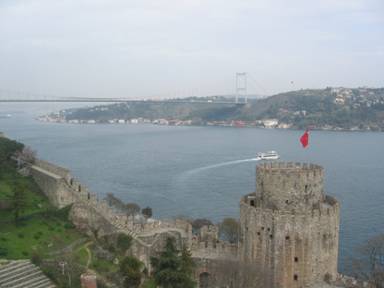 The Fortress of Europe

In fact, this region has always been central to the very notion of what Europe means. The ancient Greek Evropi referred to the area north of the Peloponnese. In Roman times Europa was an administrative unit in today’s Bulgaria. The Byzantine Prokopius saw the Balkans – which he called Europe – as an island, confined by a river, flowing into the Black Sea and the Adriatic. Of this wider region Istanbul has been the economic and cultural centre for many centuries.

This is not a bad place to begin a reflection about Europe: about its identity, its borders, its promises.

What does it mean to look at Europe from the perspective of Rumeli Hisari, this small former fishing village on the shore of the Bosphorus? If you decide to come here to this site, what can you expect to find? 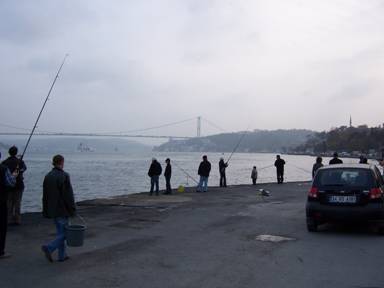 Fishermen and the Mehmet Fatih Bridge

You will find reflections about Turkey and where it is going; about the Balkans and its uncertain future; about the future of the Black Sea region, from Romania to Georgia; about the way images about this region are formed, and how this influences current international politics.

One of the conditions of the Open Society fellowship awarded by the Central European University in Budapest is to reach out to a broad audience and to promote ideas that contribute to the building of open societies in the world.

During the coming year I will do a lot of public speaking across Europe and the US, double-hated as chairman of ESI and as Open Society Fellow. I will also be promoting an ambitious TV documentary project (Balkan Journey, a 10 part trip from Albania to Istanbul) that ESI has worked on supported by Erste Foundation in Vienna for Austrian and German public television.

On this blog I will report what I present and on some of the reactions. I will also share the most interesting ideas of others that I think should be more widely known. I will also invite friends – from ESI and other institutions – to share their thoughts. And I hope to get comments and ideas from you, the occasional reader who drops in. 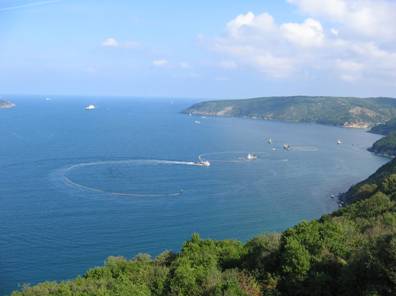 The Bosphorus opening into the Black Sea

I do not know if this will be of interest to anybody but my friends. But if all I achieve is to communicate more regularly with these friends than I normally do I have already achieved something.

MY QUOTE OF THE DAY:

In his wonderful little book on Istanbul Orhan Pamuk writes:

If the city speaks of defeat, destruction, deprivation, melancholy and povery, the Bosphorus sings of life, pleasure and happiness. Istanbul draws its strength from the Bosphorus

And he concludes his chapter:

‘Life can’t be all that bad’, I’d think from time to time. ‘Whatever happens, I can always take a walk along the Bosphorus.’ 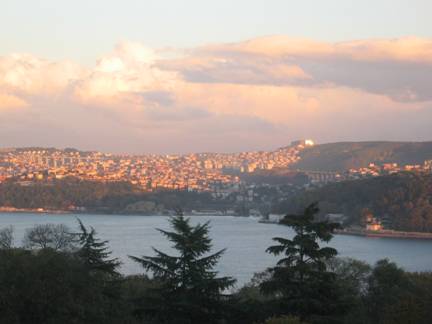 Evening view of the Asian side from Rumeli Hisari