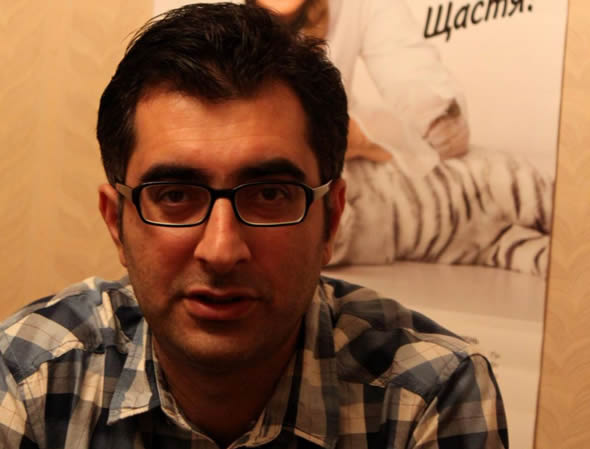 On 26 August 2014 the selection panel of the Václav Havel Human Rights Prize announced its three finalists. The prize is awarded by the Parliamentary Assembly of the Council of Europe's (PACE) in partnership with the Václav Havel Library and the Charta 77 Foundation. This award is given for outstanding civil society work and human rights defense.[1]

The winner was Azerbaijani human rights activist and independent election monitor Anar Mammadli whose father accepted the prize on behalf of his imprisoned son in a ceremony in Strasbourg on 29 September 2014. Anar Mammadli has made many efforts for many years to hold his government accountable for gross electoral violations, and to improve the human rights situation in his country.

Mammadli learned about this decision in a prison cell. On 26 May 2014, Azerbaijan's Baku Court of Grave Crimes had sentenced him to 5.5 years in jail.

Anar Mammadli was born in 1978 in Yevlakh, Azerbaijan. After graduating from the Azerbaijan University of Languages, he co-founded the Secular Progress Organization with Bashir Suleymanli; he also worked for Merkez, Hurriyet, and Bugun newspapers as an assistant editor-in-chief, editor, political commentator, and reporter:

In 2001 he helped establish the Election Monitoring Center (EMC). The EMC was denied registration by the Azerbaijani Ministry of Justice five times. It was finally registered on 1 February 2008,[2] only to be cancelled again in May 2008, five months before the 2008 presidential elections. Mammadli went on to establish the Election Monitoring and Democracy Studies Centre (EMDS)[3] with Bashir Suleymanli in December of that year. Anar Mammadli is also a member of the European Platform for Democratic Elections (EPDE).

EMDS was also repeatedly denied registration by the Ministry of Justice, for alleged miniscule errors in their application – everything from grammar misuse to what Amnesty International called "spurious omissions in the NGO's charter."[4] Despite challenging the Ministry's decision time and time again in court, all appeals were refused. The last application for registration that EMDS submitted was rejected on 4 March 2010.[5] EMDS subsequently filed an application with the European Court of Human Rights against the Azerbaijani government for refusing to register them. The case is still pending, and EMDS has operated in partnership with international NGOs in order to continue its work, monitoring Azerbaijan's electoral procedures and the country's overall political environment.

The 7 November 2010 parliamentary elections showed no improvement from previous elections according to both EMDS and ODIHR reports; on the contrary, conditions had become worse. Numerous manipulations of the registration and campaign processes occurred, including election law amendments that disproportionately favoured the ruling New Azerbaijan Party (YAP) and created significant barriers for opposition candidates to even enter the elections. On election day, observer missions reported a high rate of violations – including ballot stuffing (in 26 per cent of polling stations observed) and multiple voting (in 24 per cent of polling stations).[6] Enormous pressure was put on the 83 long-term and 1,287 short-term observers that the EMDS had placed throughout the country.[7] The EMDS Final Report concluded that the "elections failed to live up to Azerbaijani law, as well as international standards, and [could] not be considered free and fair."[8] 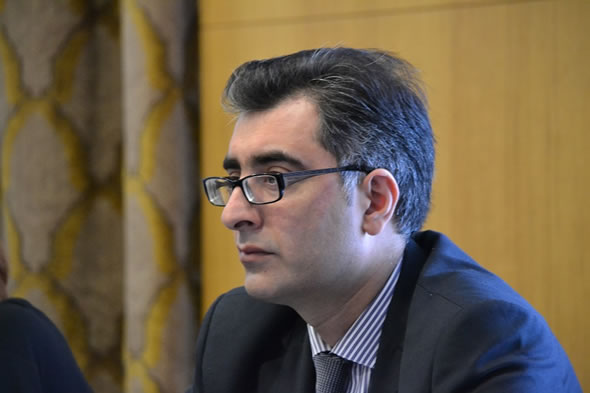 Two months later, on 9 October, Azerbaijan held the seventh presidential election in the country's history. Following the elections, PACE's 30-member election observation mission described the presidential election, which Aliyev had won with 85% of the vote, as "free, fair, and transparent."[11] This contrasted with the conclusions from ODIHR, which pointed to very serious shortcomings. The European Parliament passed an amendment on 23 October 2013 saying that the elections in Azerbaijan "once again failed to meet OSCE standards."[12] The EMDS monitoring team concluded that large-scale irregularities and fraud had taken place regarding balloting and vote counting.[13]

A few weeks later, on 27 October 2013, the Investigation Department of the Prosecutor General for Serious Crimes launched an investigation into allegations of Mammadli's involvement in "tax evasion," "abuse of authority," and "illegal business activity" – charges brought against many NGO leaders and human rights defenders by Azerbaijani authorities.

On 16 December 2013, he was arrested on these charges. That same day, Mammadli was sentenced, along with EMDS's Executive Director, Bashir Suleymanli, to a three-month pre-trial detention by the Nasimi District Court.

There was an immediate call for Mammadli's release from human rights defenders. Amnesty International issued a public statement describing a weeks-long campaign against Mammadli by pro-government media – in an article from 12 September 2013, a pro-Aliyev MP accused Mammadli of "working on behalf of the 'Armenian lobby,'" and that authorities were likely investigating allegations that Mammadli was transferring grant money into his personal account.[14]  The statement continued:

"…Over the past few years, the European Court of Human Rights has issued several decisions finding the Azerbaijani authorities responsible for violating the right to freedom of association by arbitrarily denying or delaying the registration of NGOs.

The vitriolic smear campaigns, regularly documented physical attacks on its members and the lack of respect for fair trial standards in the pursuit of Anar Mammadli by the Azerbaijani authorities, leads Amnesty International to believe that the denial of EMDS' registration is an arbitrary violation of the rights of its members to freedom of association…

Amnesty International considers Anar Mammadli to be a prisoner of conscience on account of the legitimate exercise of his rights to freedom of expression and association, and calls for his immediate and unconditional release, and for the charges of tax evasion, 'abuse of authority' and 'illegal enterprise' against him, Bashir Suleymanli and Elnur Mammadov to be dropped."[15]

"The High Representative and Commissioner Fule call upon the Azerbaijan authorities to ensure a speedy, fair, transparent and independent investigation of the charges against Mr. Mammadli, free of political influence and prejudice while fully respecting due process… The EU will closely monitor the case of Mr. Mammadli as well as other ongoing legal procedures in Azerbaijan involving civil society organisations and individuals."[16]

In the U.S., Ambassador to Azerbaijan, Richard Morningstar stated:

"The United States is deeply troubled… The details of the charges are still unclear, but we must question whether Mr Mammadli's detention is related to his organisation's election monitoring and reporting activities. We have raised this case with senior members of the government of Azerbaijan and will continue to do so. We urge that Mr Mammadli be released immediately while the legal process continues."[17]

Mammadli was arrested one day before the UK Foreign Minister William Hague arrived in Baku for the signing of a $45-billion deal led by BP, which would export gas from Azerbaijan to Europe. William Hague's Conservative Party had been long-time a ally of Aliyev's New Azerbaijan Party and Vladimir Putin's United Russia within the European Democrat Group in PACE. After hearing of Mammadli's arrest Hague stated:

"'Azerbaijan and the UK have a very close economic and political relationship, but this does not impede us from raising human rights concerns with the Azerbaijani authorities,' he told reporters. 'For example, yesterday's arrest of Anar Mammadli – I raised this question at my meetings with the [foreign] minister and the president.'"[18]

UN special rapporteur, Maina Kiak, who had worked with Mammadli less than a year earlier, on 9 May 2014 called for the charges to be dropped:

"We are seriously concerned that the three human rights defenders are being prosecuted in retaliation for their legitimate work in documenting alleged widespread irregularities and human rights violations around the presidential elections of 9 October 2013. All charges brought against them should be dropped and Mr. Mammadli should be released immediately."[19]

On 29 January 2014, 59 members of PACE wrote a declaration (No. 564)[20] requesting that Mammadli receive a fair and transparent trial in accordance with the European Convention on Human Rights, and that he be released from pre-detention custody. Instead, the court extended his detention in March 2014 – Mammadli was held for over six months despite cooperating with the investigators.

The Eastern Partnership Civil Society Forum issued a statement after the extension of Mammadli's pre-trial detention, condemning the court's decision:

"The Civil Society Forum considers the allegations of tax evasion and illegal business leveled against Anar Mammadli as completely unfounded… The politically driven investigation commenced two weeks after the Azerbaijan Presidential elections of 9 October 2013 following the attention drawn by EMDS to the fact that the elections failed to meet international standards for free and fair elections."[21]

It was all to no avail.

Anar Mammadli was sentenced to 5.5 years in prison on 26 May 2014. Bashir Suleymanli was sentenced to 3.5 years. Azerbaijan's Court of Appeals has since rejected all demands for their release. In a press release from 28 May 2014, Isabel Santos (MP, Portugal), the Chair of the OSCE Parliamentary Assembly's Committee on Democracy, Human Rights and Humanitarian Questions called the sentencing an "affront to OSCE values in the sphere of human rights and democratic commitments."[22]

The winner of the Václav Havel Human Rights Prize will be announced by the PACE President on 29 September 2014.

[3] The EMDS website has been taken down. The information linked to is provided by the European Platform for European Elections.