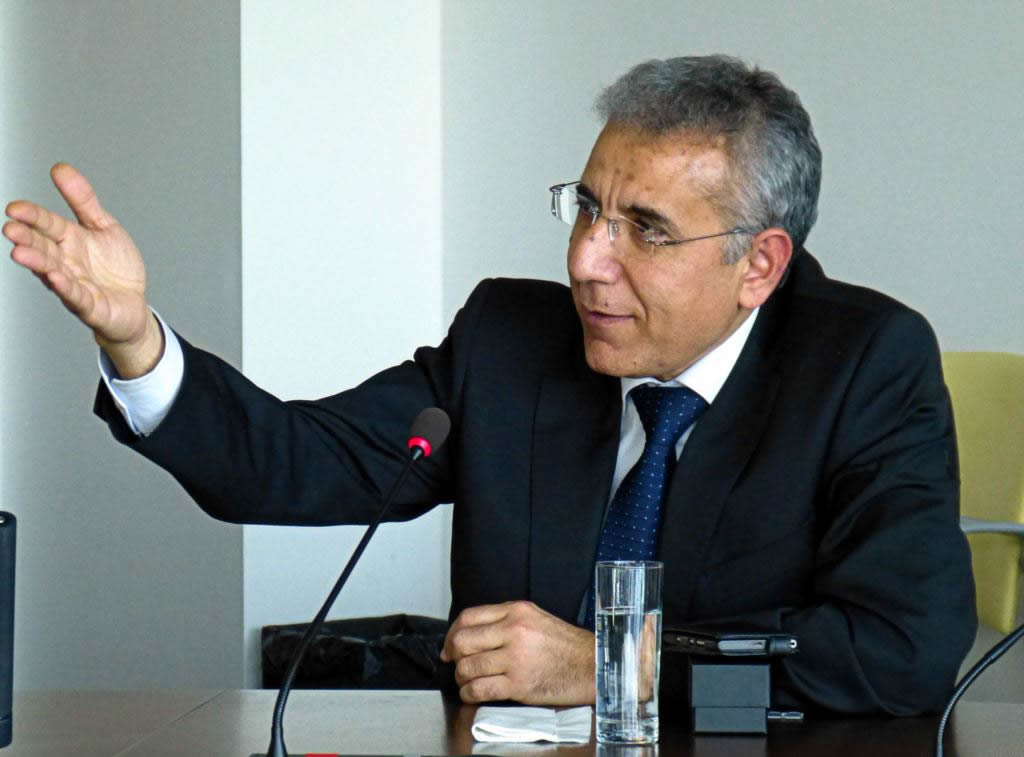 Intigam Aliyev is one of Azerbaijan's most respected human rights defenders and lawyers. Intigam has long been actively engaged in challenging human rights violations by the authorities. He has provided legal assistance and representation to the politically  persecuted for decades.[1] On 8 August 2014, Intigam was arrested in Baku.

Pre-trial detention of three months was imposed and later extended, based on charges of "tax avoidance," "illegal entrepreneurship," and "abuse of power"[2] – charges similar to those faced by many other human rights defenders arrested recently.[3] Intigam's trial began in January 2015. On 22 April 2015, he was sentenced to 7.5 years in prison. In his final testimony during the trial, Intigam said that his trial was politically motivated and that he would be punished for bringing more than 200 cases to the European Court of Human Rights (ECtHR) in Strasbourg. In December 2014, the himself became a case before the ECtHR.

Intigam is head of the Legal Education Society (LES). Founded in 1998, LES provides legal assistance to low-income and marginalised citizens in Azerbaijan, monitors legislative reforms and provides legal and information support to NGOs and media. He has organised training seminars for lawyers, including in the isolated Nakhchvan Autonomous Republic of Azerbaijan. Geographically separated from the rest of the country and bordering Armenia, Iran, and Turkey, the Nakhchivan region has a record of particularly blatant human rights abuses by of local authorities. In 2003, there were fewer than ten licensed defense attorneys for the region's residents.[4]

In 2008, LES published a report, which examined the disciplinary liability of judges in Azerbaijan.[5] The LES report showed that no disciplinary proceedings took place following applications to initiate them in 2005-2007, including those concerning torture, inhuman or degrading treatment and discrimination. In response, a court sentenced Intigam to make a public apology and to pay a fine for publishing the report. He issued an appeal against the judgment with the European Court of Human Rights (ECHR).

Among the cases that Intigam brought to the ECtHR, 43 were in connection to Azerbaijan's parliamentary elections of 2010 – including allegations of "unlawful interference by authorities, the use of administrative resources in favour of the ruling party, discrimination, etc."[6]

Many complaints have yet to be resolved. In addition to cases concerning the 2010 elections, Intigam has also submitted complaints to the ECtHR concerning violations of property rights, freedom of expression, and the right to assembly. Prior to his arrest, the police in Baku seized all files concerning Intigam's ECtHR cases.

Intigam recently gave a speech during the June 2014 session of the Parliamentary Assembly of the Council of Europe (PACE), criticizing the Azerbaijani government's violations of its human rights obligations. He spoke about the problem of political prisoners, attacks on independent NGOs, arrests of government critics, and violations of property rights.

Intigam has taught courses on civics, civil procedure, and international mechanisms of human rights protection at universities in Baku and elsewhere. He has also authored numerous books. On 4 March 2013, he was given the Homo Homini award by the human rights organization People in Need.

Like Leyla, Rasul, and Emin, Intigam was also involved in compiling the list of political prisoners presented at the session. He believes the activists' involvement in the PACE assembly in June is directly connected to their arrests this July and August. In a statement released by his lawyer, Intigam Aliyev states that he does not recognize the legitimacy of the charges brought against him.