Navalny and the future of the Strasburg Court - Proposals for Germany, the Committee of Ministers and PACE 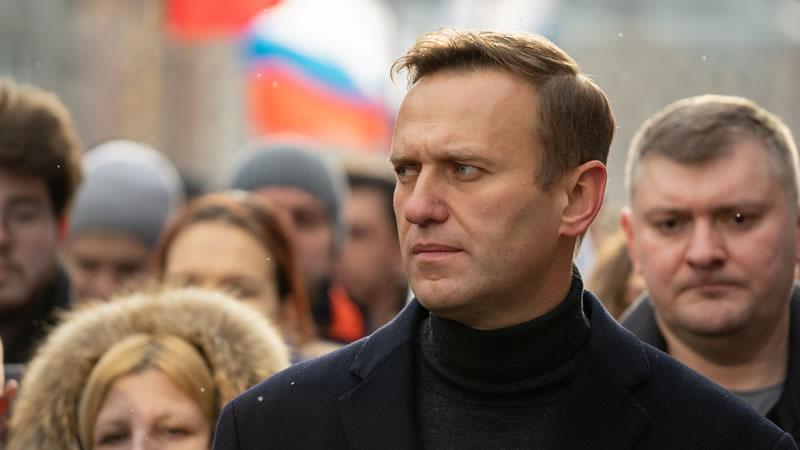 Faced with Russian defiance of the European Court of Human Rights (ECtHR) in the case of Alexey Navalny European democracies and elected parliamentarians have four options:

The rules of the Council of Europe

Article 3 of the Statute of the Council of Europe refers to the respect for fundamental freedoms and the key notion of sincere collaboration in their realisation:

Every member of the Council of Europe must accept the principles of the rule of law and of the enjoyment by all persons within its jurisdiction of human rights and fundamental freedoms, and collaborate sincerely and effectively in the realisation of the aim of the Council as specified in Chapter I.

Article 8 of the Statutes spells out the consequences of continuous serious violation of these principles:

The Russian state has clearly and continuously violated Article 3 and its leaders show clearly that they do not intend to collaborate sincerely and effectively to change this. The treatment of Navalny – repeated detentions, house arrests, fake court cases on corruption, defamation, physical attacks and assassination attempts – and the absolute refusal on the part of the Russian state to change anything in its behaviour and to implement any of the measures proposed in a series of judgements by the ECtHR shows this lack of sincerity, with potentially deadly consequences.

The German presidency of the Council of Europe should therefore propose a decision for vote in the Committee of Ministers as quicky as possible. This decision should state that, in line with Article 8, based on decisions by the ECtHR, and considering a record of no sincere and effective cooperation for many years to implement Court judgments concerning Navalny as well as other repeated serious human rights violations, the Committee of Ministers warns Russia that it must immediately release Alexey Navalny or face a vote, before the end of the month, on the suspension of its rights of representation.

At the same time, at next week’s session, PACE should call on the Committee of Minister to take this step while itself doing what it can do: trigger the new procedure adopted in February 2020 (see below).

These two steps should reinforce each other. What matters above all is to ensure immediate compliance with the Court order for his release, and the strongest possible message to get there.

What PACE can do this week

In February 2020 the Committee of Ministers created a procedure for addressing “the most serious violations of fundamental principles and values enshrined in the Statute of the Council of Europe”.

This procedure was created upon Russian insistence. It reduced what PACE could do on its own to hold member states delegations accountable.

“The procedure does not preclude the direct implementation by the Committee of Ministers of Article 8.”

However, PACE can reinforce the effort by the Committee of Ministers by triggering this procedure in parallel. In doing so it is crucial is to insist on it being implemented within a few weeks, not months. While the procedure gives timelines, these are only “indicative” and not binding. The Committee of Ministers, PACE and the secretary general can set these as needed.

Here is what is needed for PACE to initiate it:

There is no need for a long list of activities and measures.  It is possible to move quickly.

Why this is a defining moment

The Council of Europe has bent over backwards to accommodate Russia in recent years. It is now at a crossroads.

The Russian state has occupied part of the territory of one fellow member of the Council of Europe (Georgia) and annexed part of another (Ukraine).  It tolerates neither protest, nor criticism, nor any real political opposition. It locks up its critics.  It kills perceived enemies, both abroad and at home. Russian then consistently ignores Court rulings pointing all of these violations out.

Alexey Navalny’s case is not just another serious violation. A prominent opposition politician, the survivor of several attacks and a political assassination, he has been imprisoned for an offence he never committed. The European Court of Human Rights (ECtHR) has ordered his release.

“We deeply regret the recent decision of a Moscow court to sentence Aleksey Navalny to a prison term. This decision is based on a criminal conviction which the European Court of Human Rights … found to have been arbitrary and manifestly unreasonable …. We call upon the Russian authorities to abide by their international obligations under the Convention.”

Their appeal met with scorn. Then the ECtHR ordered Navalny’s release. Now action is needed, by all the institutions of the Council of Europe.

This is a dangerous moment for the Council of Europe. If the Russian state is allowed to ignore the Court, again, and to kill another critic of the government it will have transformed the Council into a club of states for whom the respect for fundamental rights is wholly optional. And made a mockery of any pretence that the European Court of Human Rights can protect Russian citizens.  And it will gravely undermine the protection the Convention offers to everyone else in Europe.