Istanbul – CGC/ESI event: How Germany and Turkey can save liberal Europe and the EU debate on refugees 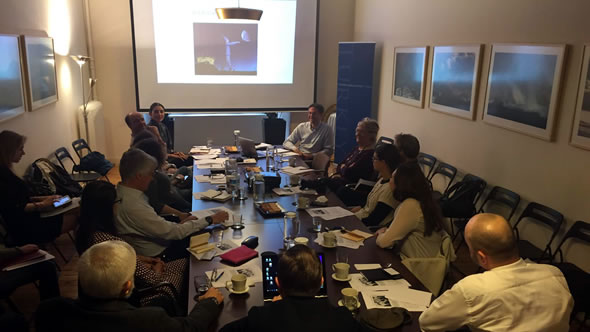 ESI's Gerald Knaus spoke at an event in Istanbul organised by Columbia Global Centers and ESI.

The Syrian refugee crisis is putting a huge strain on Turkey, the Balkans and some countries in the EU. While Germany welcomes Syrian refugees, other EU countries refuse to accept any. Throughout the EU, right-wing parties prejudiced against Muslims are gaining support. The EU has proposed many solutions which so far have failed to make any difference.

What can be done? Which proposals stand any chance of making a difference? What role can Turkey play? How does the deterioration of the situation in Syria impact on the European refugee debate? And how to stop people from drowning in the Aegean?