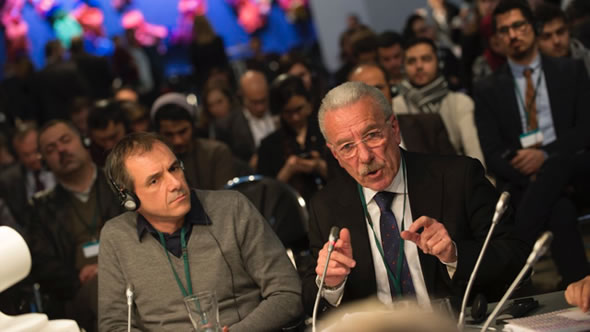 ESI's Kristof Bender attended the "NOW international mayor's conference" which took place in Vienna on 21 and 22 January 2015. The conference, organised by the Kreisky Forum, brought together mayors from Lebanon, Jordan, Turkey, Greece, Italy, Austria and Germany with refugees, human rights activists and NGO representatives. While the majors, all from municipalities with a extraordinarily high refugee population, reported about the many challenges they face, they shared a consensus on the moral and humanitarian imperative to help. As Luigi Ammatuna, mayor of Pozzallo on Sicily and a major arrival point of refugees from Libya, put it: "I invite all those who say that we should turn back these refugees to come to Pozzallo, to accompany me to the port, and to tell any of the exhausted and desperate people who fled war and just survived a perilous crossing over the mediterranean that he or she has to turn back. No one who has seen the pain and the level of desperation of these people can do this."

On the panel "On the Road - Points of Transition" Kristof discussed with mayors from Turkey, Greece and Italy: Spyros Galinos, Giorgios Kyritsis and Manolis Vournous, the mayors of Lesbos, Chios and Kos; Ahmet Türk and Firat Anli, the co-mayors of Mardin and Diyarbakir; and Luigi Ammatuna, mayor of Pozzallo. Also on the panel, chaired by former MEP Hannes Swoboda, were asylum seeker Mostafa Noori, Human Rights expert Manfred Nowak and artist Christine Schörkhuber. 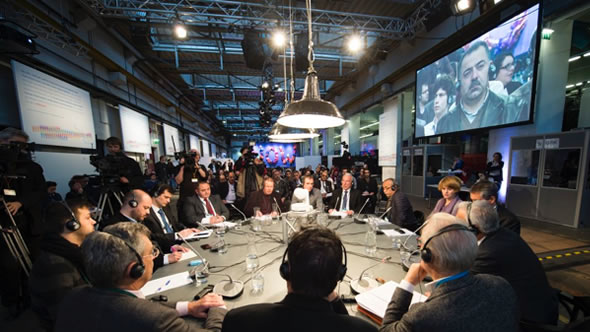