ESI at conference in Tirana - 20 years after: Rethinking Democracy and State in Albania 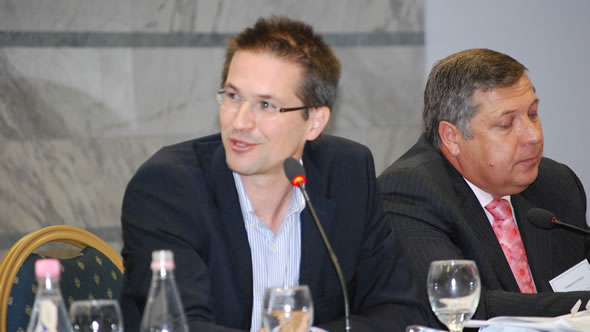 ESI's Gerald Knaus participated in a conference on "Twenty Years After: Rethinking Democracy and State in Albania" where he chaired a session entitled "Social and Economic Transformation".

The conference explored questions such as whether weak institutions, eroding legitimacy of political institutions, distrust of political parties, corruption and sustained political tensions be considered temporary distortions of the transition towards democracy or consolidating features of the system and Albanian political landscape. The conference also debated the role of the international community which has played an important role in Albania's democratic processes and transformations.