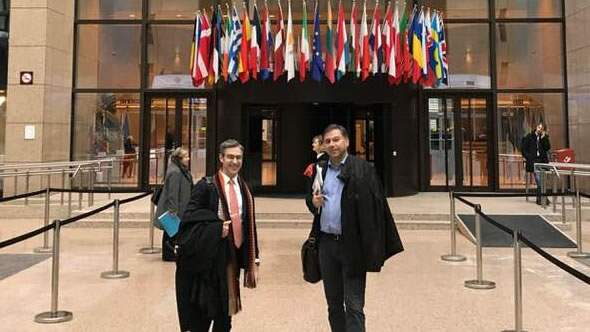 ESI's Gerald Knaus was invited to give a presentation to the Working Party on the Western Balkans Region (COWEB) of the Council of the EU, together with Ivan Krastev from the Centre for Liberal Strategies in Sofia and Damon Wilson from the Atlantic Council in Washington DC.

Gerald raised the issues of clichés clouding the discussion; corruption (corruption surveys like the 2014 EU survey to be conducted), education (PISA participation, Estonia and Slovenia to help), public procurement (systematic assessments based on clear requirements and criteria for all Western Balkans countries), Priebe report-like reports (for issues such as parliamentary oversight of intelligence services or independence of the judiciary), (transit) migration in the Western Balkans (EU-standard reception and asylum systems to be built up, need for the EU-Turkey agreement to be implemented better) and briefly, the Macedonia name issue.

He focused on real changes in the Western Balkans, listing various examples from our latest Bosnia report; explained that in our opinion there are no real ethnic problems among the people in Bosnia, but that old patterns clearly continue at the political level; talked more about how to make the EU-Turkey agreement work; and the need for EU asylum and reception systems in the region.

While in Brussels, Gerald and our Brussels based senior analyst Alexandra Stiglmayer had numerous meetings with EU civil servants, diplomats, and journalists. Gerald also met with EPP president Joseph Daul to discuss the Western Balkans, in particular migration flows in the region since the implementation of the EU-Turkey agreement, the problematic state of the education system in several Balkan countries and its impact on young people, and the lack of significant progress in the fight against corruption.