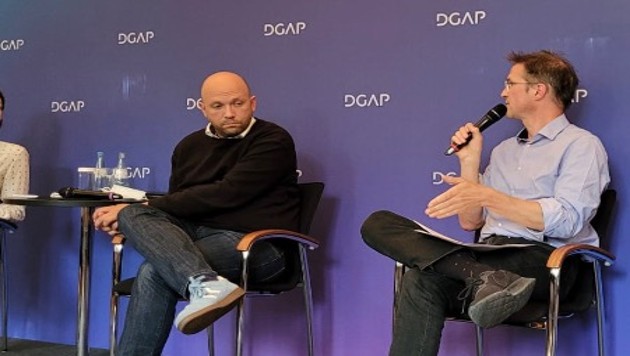 ESI’s Gerald Knaus was invited to participate in the debate “100 Days of the Coalition Agreement - Taking Stock of Germany's Western Balkans Policy” organised by the German Council on Foreign Relations (DGAP) and Polis 180.

Gerald spoke about the problems and challenges that German and European policies face towards the Western Balkan states, and how (or whether) Germany could reform an EU enlargement policy that is no longer functional.

In addition, Gerald argued that a renewed and credible policy is needed for the Western Balkans to integrate them into Europe and prevent further Russian influence. For this, the four freedoms must be offered not only to the Western Balkans but also to Moldova and Ukraine.

The debate also focused on the future of the Berlin process, the Serbia-Kosovo dialogue, the dynamics of enlargement policy towards the Western Balkans in the light of the accession applications of Ukraine, Georgia and Moldova, France’s proposal for a “political community”, and what to expect from the EU-WB Summit on 23 June.

Gerald debated with Manuel Sarrazin (Special Representative for the Countries of the Western Balkan in the government of Chancellor Olaf Scholz) and Majda Ruge (Senior Policy Fellow, European Council on Foreign Relations). The debate was moderated by Serafine Dinkel (Project Associate at the Alfred von Oppenheim Centre for European Future Affairs, DGAP).