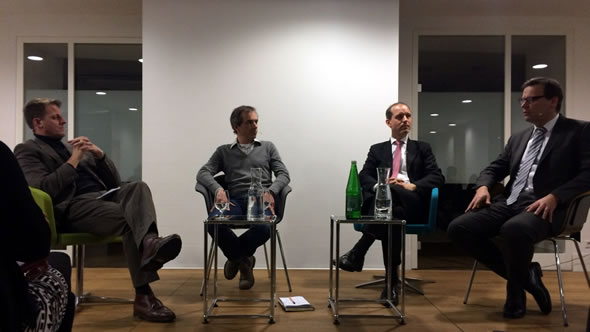 On 7 March ESI's Kristof Bender participated in a panel debate on "Refugee crisis: Can there be a European solution?" organised by NZZ.at in Vienna. He discussed with Jörg Wojahn, head of the EU Delegation to Austria, and Andreas Liebmann-Holzmann of the Austrian Ministry for European and Foreign Affairs. The debate was chaired by Michael Fleischhacker, editor-in-chief of NZZ.at