Berlin – ESI at the German Eastern Business Association: “How realistic is EU enlargement in Eastern Europe and the Balkans?” 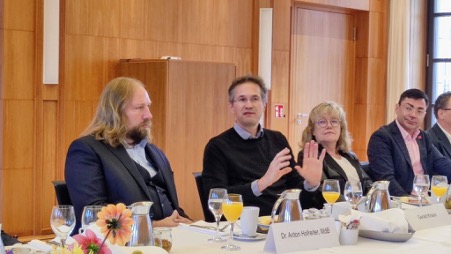 Together with Anton Hofreiter, chairman of the European Affairs Committee in the German Bundestag, ESI’s Gerald Knaus was invited to speak about the prospects of further EU enlargement in the Balkans but also in Eastern Europe after the applications of Ukraine and Moldova.

He said that to revive the EU accession process, the EU should offer membership in the Single Market, including the four freedoms, as a credible and reachable interim goal to Ukraine, Moldova, and any of the six Western Balkan nations interested in it.

Gerald also argued that access to the Single Market would offer Ukraine a unique chance to remedy the destruction caused by Russia’s war of aggression. He called on business leaders to convey to politicians that this is also in Germany’s interest.