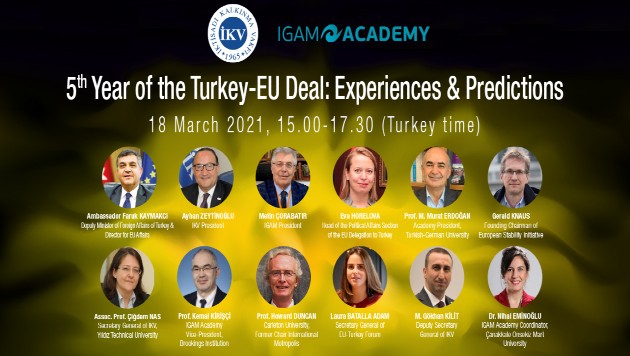 ESI’s Gerald Knaus participated in a panel discussion on the EU-Turkey Statement organised by the Economic Development Foundation (IKV) and the Academy of the Research Center on Asylum and Migration (IGAM). He assessed the implementation of the Statement and focused on migration management from the EU to third countries and how Turkey has politicised the migration issue. Gerald also explained why a renewed Statement is urgently needed.

Opening speeches were given by Ayhan Zeytinoglu (IKV President) and Metin Çorabatir (IGAM President). A keynote speech was also given by Ambassador Faruk Kaymakci (Deputy Minister of Forein Affairs, Director for EU Affairs).

Halil Afsarata (Chief Foreign Affairs Advisor to the Vice President / Chief Coordinator of the FRIT Funds) and Ambassador Nikolaus Meyer-Landrut (Head of the EU Delegation to Turkey) discussed the EU Facility for Refugees in Turkey (FRIT).