ESI's Gerald Knaus was invited to speak at a conference organised by the European Parliament in Brussels on the "European future of Bosnia and Herzegovina – 20 years after Dayton-Paris Peace Agreement".

The aim of the conference was to keep Bosnia and Herzegovina high on the priority agenda of the EU, especially after the adoption of the new EU policy approach towards Bosnia. It discussed how the latest Commission's progress report can further guide reform processes and the fulfilment of demanding criteria in the implementation of the Stabilization and Association Agreement between the EU and Bosnia and Herzegovina.

In his presentation, Gerald outlined that it is a common cliché that Bosnia is politically stuck because of its leaders and divided administrations, unable to coordinate, unwilling to reform, obstructing the implementation of reasonable EU conditionality. However, the truth is different: for more than a decade now European institutions have discriminated against Bosnia, demotivating reformers, disheartening civil servants and undermining progress. The EU has acted like a strict teacher constantly telling her pupils how lucky they are to be allowed into the school canteen despite being corrupt, lazy and generally hopeless; and that every achievement or successful reform is the result of the work of foreigners, while for every failure Bosnians are the only ones to blame. 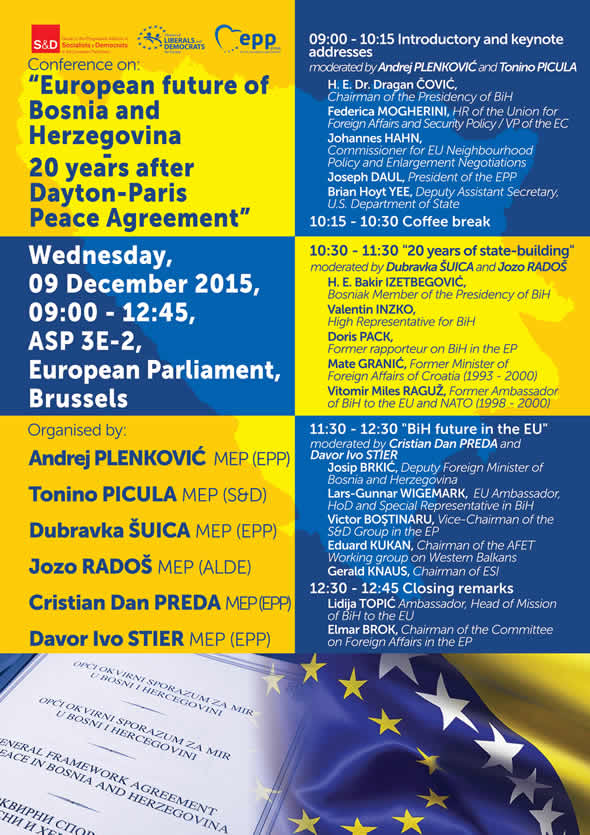