Vienna – Meetings and presentations on the refugee crisis 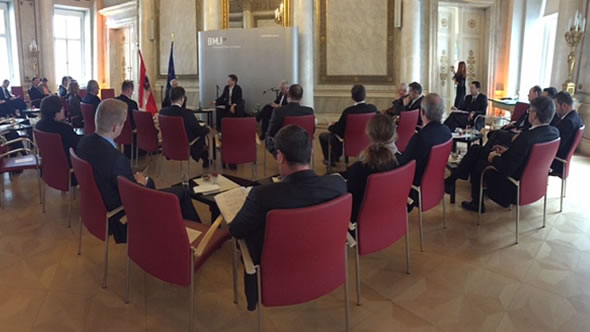 Gerald Knaus at the Austrian Ministry of the Interior. Photo: ESI

The visit was widely covered in Austrian media:

A full list of all international media reactions is also available.

In recent weeks, ESI has made presentations in Ankara, Athens, Rome, and in many other places.