Berlin – The New "Macedonian" Moment for the Western Balkans? 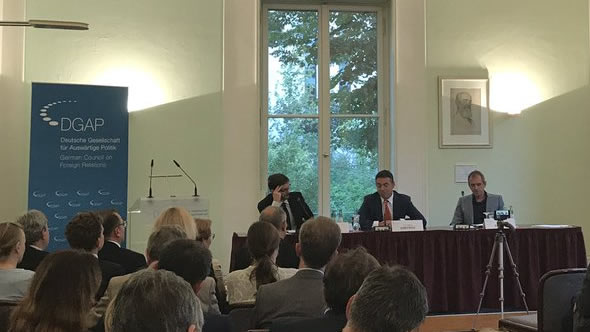 ESI's Kristof Bender participated in a public debate with the Macedonian Minister of Foreign Affairs, Nikola Dimitrov, organised by the German Council on Foreign Relations (DGAP).

H.E. Nikola Dimitrov
Minister of Foreign Affairs of the Republic of Macedonia

The New "Macedonian" Moment
for the Western Balkans?

After deep political crisis, Macedonia has a new government. Prime Minister Zoran Zaev seeks to walk the Balkan country back from the cliff edge of political and ethnic violence that could otherwise draw in neighboring countries and trigger regional instability. Is Macedonia out of the woods? How can the new government breathe new life into the country's EU and NATO integration processes? Signing an important, forward-looking Treaty of Friendship with Bulgaria on 1 August was a promising start. What are now prospects for an early deal with Greece? Can relations with Serbia and Albania be improved? On the domestic front, the biggest challenge will be to reinstall democratic institutions and the rule of law. This includes pursuing ongoing criminal prosecution of corruption and correcting illegal surveillance practices that took hold during the nationalist VMRO-DPMNE party's long period in power. Lastly, how can the major rift within Macedonia's political elite be overcome? 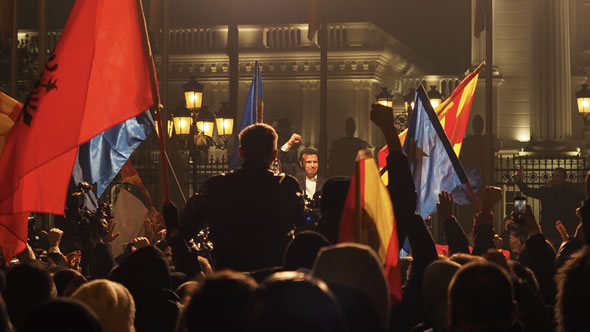 Then opposition leader Zoran Zaev rallying supporters in front of the government building after first results of the very tight national elections on 12 December 2016 were announced. It took nearly half a year until a government under his leadership could be formed on 31 May 2017. Photo: ESI/Kristof Bender
Please enter your search term