Yerevan – Prospects for reconciliation and the Caucasus' European perspectives 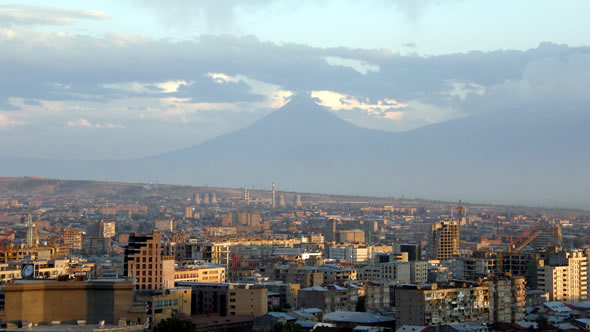 Between 25 and 29 November, Nigar was in Yerevan. She presented ESI's work on Armenia on 27 November 2010 at a conference entitled "Prospects for Reconciliation: Theory and Practice" organized by Anadolu Kultur and Hazarashen-Armenian Center of Ethnological Studies, supported by DVV International. The conference addressed theoretical approaches to historical crimes (with the participation of Professor Elazar Barkan from Columbia University); oral history (with Anadolu Kultur and Hazarashen); dealing with collective memory; bridging the historical divide; track-two reconciliation initiatives (with former member of TARC David Hovhannisyan); and outside perspectives, including that of Hasan Samani, who works on facilitating dialogue between the north and the south of Cyprus.

While in Yerevan, Nigar also attended a conference on "European Perspectives in the Context of Eastern Partnership", organized by ICHD with the support of the Friedrich Ebert Foundation, the European Union, and the Mosaic Institute. The European model was described as a combination of peace, prosperity/development and democracy/human rights. While noting the EU’s limited ability to consolidate democracy and end conflicts in its neighbourhood, many panellists agreed that "visa free travel is the best and the cheapest way for Europe to influence Eastern Partnership countries."

View of the panel
Please enter your search term