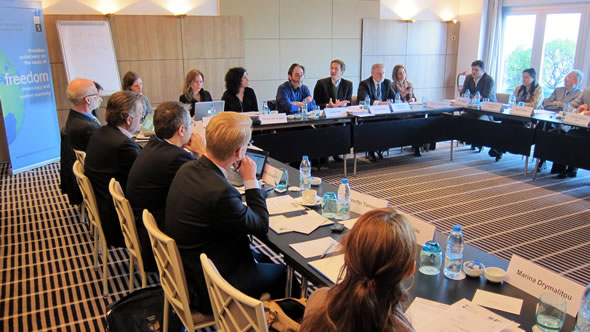 According to Article 2 of the Turkish constitution, "The Republic of Turkey is a democratic, secular and social state governed by the rule of law". However, the Turkish version of secularism is very peculiar. A state institution, the Diyanet, controls and organizes the majority religion Islam in its Sunni confession and Hanefi lawschool. For other confessional (Shafi, Caferi) or religious communities (Alevi, Christians, Jews, Ezidi) there is no possibility of acquiring direct legal personality as a religious community. The only possibilities are to organize as foundations (in the category of minority foundations and new foundations) and associations, but not as religious communities, which causes many legal problems.

At this moment it seems more urgent than ever to make progress on this, both to improve the situation of Turkey's Christians and to make real progress on accommodating Alevi concerns in the wake of the recent polarisation.

This has never been more important than now, as sectarian tensions spread in the Middle East and as there are rising concerns about Turkey in many European capitals.

The conference, jointly organised with and funded by the Swedish Jarl Hjalmarson Foundation, aimed to discuss concretely possible European models that Turkey could refer to on the issue of freedom of religion, looking into forms of legal organization of religious communities in selected EU member states.

The conference is by invitation only