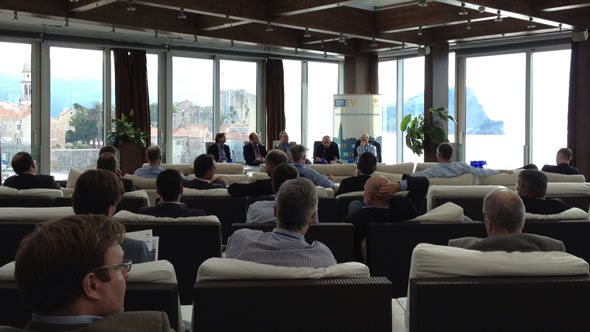 This year's seminar focused on NATO and Montenegro's prospects for NATO accession. As the event followed Chatham House rules, we can provide you here only with some general impressions.

Representatives of many NATO members supported Montenegro's quest for an invitation to be extended to Montenegro at the next NATO summit in 2014. If this is indeed going to happen, however, is still very unclear.

First there is the question of Montenegro's preparedness. While many NATO members praised Montenegro's efforts, a few critical ones insisted that there remain a number of issues to be addressed, including in the area of the rule of law.

Even more important appear considerations that are not linked to Montenegro. A number of the larger member states are reluctant to label the upcoming summit in London an "enlargement summit". Some think that with issues such as the withdrawal from Afghanistan and current challenges in the Middle East the agenda will already be packed. Others are concerned that the label "enlargement summit" would automatically bring up Georgia and its membership prospects – an issue few want to address now. In addition, many point to lacking commitment for further enlargement by the United States.