Berlin – Visa-free travel for the Western Balkans: What about Kosovo? 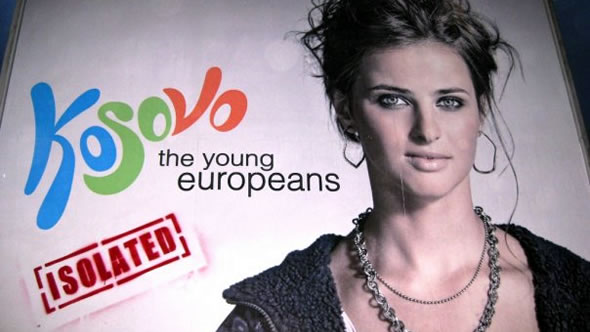 Visa-free travel for the Western Balkans: What about Kosovo?

The European Stability Initiative (ESI) is pleased to invite you to a policy briefing on the issue of visa-free travel with the Minister of Internal Affairs of Kosovo, Mr. Bajram Rexhepi.

Following their compliance with 50 strict conditions set out in so-called "visa roadmaps", Albania and Bosnia are expected to receive the green light for visa-free travel to the EU during a meeting of EU interior ministers on 8/9 November 2010. This will mean that the citizens of almost all Western Balkan countries will be able to travel freely to the Schengen area. One country, however, has so far been denied a visa liberalisation process despite a vague promise to the contrary: Kosovo. ESI believes this is wrong, and that the only way for Kosovo to catch up with the region is through the same comprehensive "strict but fair" process that its neighbours have passed through and that ESI has monitored throughout.

The briefing will feature a 25-minute documentary film about the difficulties that the Schengen visa requirement imposes on Kosovars. "Living in the Ghetto" was produced by the Kosovo Foundation for Open Society (KFOS). The film will be will followed by a discussion on visa-free travel for Kosovo with:

The event will be moderated by Besa Shahini, ESI Senior Analyst.

This event will be in English only.

ESI would like to thank the Deutsche Gesellschaft für Auswärtige Politik (DGAP) for offering the space to hold this event, and the Robert Bosch Stiftung for supporting it.

To register for the event please send an email with your details to Christian Altfuldisch at c.altfuldisch@esiweb.org.