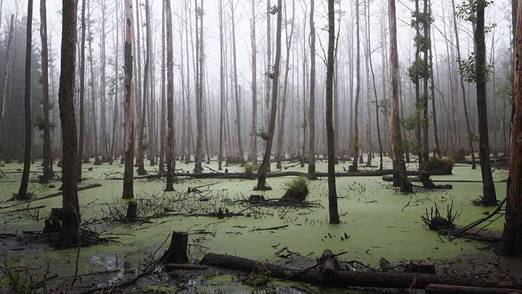 Can basic international norms be undermined by corruption? Can international politics be fundamentally reshaped by the personal greed of politicians? These are among the most important questions in global politics today. When it comes to the Council of Europe, guardian of the European Convention of Human Rights the answer to both questions is yes.

In recent years, the leaders of Azerbaijan have shown how easy it is to undermine core human rights standards and bend a formerly proud institution to its will. They have done so in close cooperation with Russia, and with the active support of elected politicians from across Europe, including from some of its oldest democracies. In the process, they filled a rolodex with names of politicians across the continent who have something to hide and can be blackmailed in the future.

Nobody should have illusions that these methods are restricted to the Council of Europe. Nobody should assume that it is only Azerbaijan that is exploiting the greed of politicians. And it is not only the massive corruption that should worry us. Azerbaijan's actions have been met with almost complete silence from national parliaments, governments and political parties.

In 2012 ESI published "Caviar Diplomacy – How Azerbaijan silenced the Council of Europe" to sound an alarm. The reaction of Azerbaijani officials was neither alarm nor outrage, but amused indifference.

For as long as the only cost of corruption in the Council of Europe was the institution's failure to speak out about the imprisonment of Azerbaijani journalists, dissidents and youth activists, most leaders of European governments felt that it was not a matter of deep concern. Yet the failure in Strasbourg to hold the line on core European values has now come to haunt European politics. It consequences can be seen in the growing confidence of autocrats, the increasing ruthlessness of their methods and the widespread retreat of liberal politics. The ease with which democratic institutions and safeguards can be undermined has emerged as a fundamental threat to European democracy.

In this follow-up to Caviar Diplomacy, we take a closer look, four years later, at the progress that has been made on miring the Council of Europe in a swamp of corruption. We describe in detail how the corruption of MPs proceeded, from early visits with precious gifts meant to test the beneficiaries' reactions, to long-term contracts involving huge sums of money.

"Your gifts are very precious" 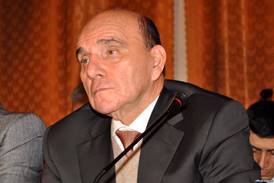 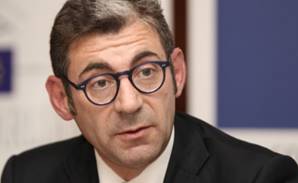 In April 2012 Italian parliamentarian Luca Volonte travelled on a private trip to Baku to negotiate with the regime what services he could offer. He arrived in Baku to meet with Elkhan Suleymanov, a fellow member of PACE, and presented his ideas how to boost Azerbaijan's image. This was not his first trip to Baku. Upon his return from a trip in July 2011 Volonte sent an effusive note to Suleymanov:

"Dear Elkhan, Thank you for everything!!! Thanks to you I have discovered a very interesting country, our friendship is certainly growing!! Thanks, your gifts are very tasty and very precious!!!"

Volonte was an experienced politician with many contacts. He entered the Italian parliament in 1996 as a representative of a small Christian Democratic party supportive of Silvio Berlusconi's government. Between 2011 and 2013, he was one of Italy's full-time representatives in PACE, where he also led the EPP group, the largest group in the assembly.

In late 2012 and early 2013 Volonte helped Azerbaijan build a coalition in PACE to defeat a resolution on political prisoners, drafted by German rapporteur Christoph Strasser. He suggested a concrete lobbying strategy. In one email to an Azerbaijani PACE member on 15 December 2012 Volonte wrote:

"We need to name a lot of friends during the debate and nominate one person for each of our political groups: it would be useful if you could suggest to [Luigi] Vitali and/or to the ex-Minister of Greece to nominate themselves for the EPP, [Tadeusz] Iwinsky and others for SOC, [Michael] Hancock and Bob [Robert Walter] for EDG, Jordi Xucla Costa or some others for the Liberals. If their group has decided for a "free vote", they need to stress their opinion in favour of Pedro and consequently, against Strasser."

His efforts succeeded. Strasser's resolution was rejected by 125 votes to 79. Azerbaijan had managed to mobilise PACE parliamentarians in an unprecedented manner; the vote in January 2013 was the best attended vote on a human rights resolution in the history of PACE.

Volonte's efforts paid off. Over the next two years, he received more than €2 million from Azerbaijan. 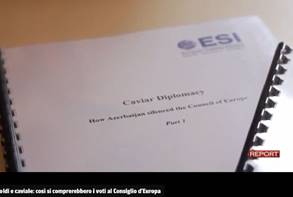 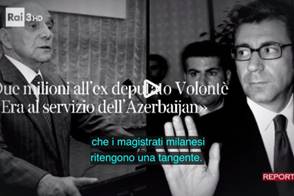 On 27 June 2014, the Public Prosecutor's office in Milan wrote a notizia di reato – a notification when an alleged crime is reported – concerning Luca Volonte and two bank transfers. On Friday 13 February 2015, the court in Milan informed Volonte in a letter that the prosecutor's investigation would be extended. Police searched his offices. The investigation is ongoing.

On 21 November 2016, the Italian public broadcaster RAI aired a documentary with the title "Caviar Democracy". It confronted Luca Volonte with the charges made against him.

RAI: The Terrae Novae Foundation was paid on the basis of an agreement with Elkhan Suleymanov's NGO ACSDA. So, the foundation signed a contract with…

Volonte: A consultancy. The foundation drew up an agreement … a convention.

Volonte: In the agreement, it says that it lasts ten years.

RAI: For how much?

Volonte: A million a year.

Volonte: Yes … that money was paid for advice which I personally provided to Suleymanov as president of this NGO.

For an earlier documentary about caviar diplomacy, with a focus on France:
France 2,  "Mon président est en voyage d'affaires"

What next in Strasbourg? 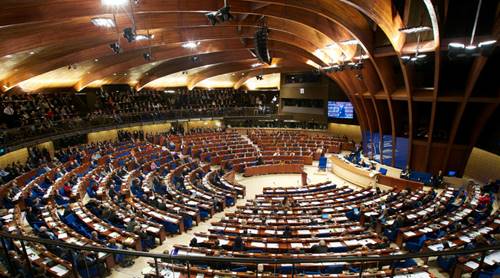 It is essential that these developments are put on the agenda of the next plenary session of PACE in late January 2017. One argument some in PACE use already to prevent a serious debate is bogus: that it is inappropriate to comment on an ongoing investigation.

Luca Volonte has publicly admitted that he accepted € 2.3 million from Suleymanov. These transfers started on the eve of an important vote on human rights in Azerbaijan. If this is not contrary to the Code of Conduct for PACE members, then the Code is clearly worthless.

Any serious reforms in PACE are certain to meet with stiff resistance from those who benefit from the status quo. For this reason, concerned members of PACE and officials in the secretariat and among governments and parliaments of member states need to act decisively. They need to make clear what is at stake. Caviar diplomacy is a mortal threat to the credibility of one of the world's most important human rights institutions.

The Council of Europe was created in 1949 as a club of democracies, led by politicians aware of Europe's autocratic past, conscious of threats to the rule of law, determined to affirm human rights against external and internal opponents. It is time to recapture this spirit. It is high time to take back the Council of Europe.

PS: Some concrete proposals, to be further developed in January 2017:

ESI, "Caviar Diplomacy. How Azerbaijan silenced the Council of Europe", 24 May 2012.

ESI, "A Portrait of Deception. Monitoring Azerbaijan or why Pedro Agramunt should resign", 22 January 2013.

ESI, "Disgraced. Azerbaijan and the end of election monitoring as we know it", 5 November 2013.