"To the Elysian plain…where life is easiest for men. No snow is there, nor heavy storm, nor ever rain, but Oceanos sends up blasts of the West Wind that may give cooling to men."

Will they make history this month? Will Alexis Tsipras and Nikos Kotzias, Zoran Zaev and Nikola Dimitrov succeed where a whole generation of their predecessors have failed?

At a time of grim political news from around the globe it would be remarkable to have an inspiring message from South East Europe; to be reminded that diplomacy can overcome distrust and that effort and enlightened leadership can set aside grievances of the past. Today Athens and Skopje are close to a breakthrough on a dispute that is a quarter-century old, with roots of tensions that go even further back.

The list of leaders who tried to resolve deep conflicts and fell dramatically short in the end is long. Recent additions to the gallery of diplomatic failure include Ehud Barak and Yasser Arafat (2000); governments in Yerevan and Ankara (2009); successions of leaders in Athens, Ankara, and Nicosia (2004, 2017). 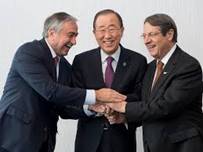 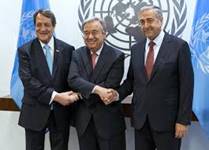 For Athens and Skopje to succeed in 2018 where their predecessors failed both governments need a mutually beneficial breakthrough they can defend in front of their domestic audiences. They need to help each other to deliver.

A breakthrough should focus on three things: on a new name of the country and its use; accession to the EU and NATO; and confidence building measures to bridge a gap of mutual mistrust between two societies over time. Focus is an essential prerequisite for success. Other, less urgent, issues can be addressed once there is trust; some will go away as relations improve.

2. A roadmap and a virtuous circle

The key is to agree on a roadmap for the use of a new name of the country. In recent months ESI presented a concrete proposal in Athens, Skopje, Paris and Brussels, building on a proposal first developed in 2010:

The two governments agree, as soon as possible, on a mutually acceptable name for the Republic of Macedonia. This will include a qualifier, most likely geographic ("Northern"; "Upper"; alternatively: "New"). There are international precedents for each: Northern Ireland, Upper Volta (now Burkina Faso), New Zealand.

Both governments agree that this name immediately replaces "Former Yugoslav Republic of Macedonia" in all international organisations.

At the same time the government in Skopje commits to change its constitution, as follows:

Once this constitutional change is in force Greece will support its neighbour joining NATO, and chapters will be opened in the EU accession talks (screening can happen before).

Both governments achieve something concrete and mutually beneficial now. At the same time any agreement must be robust enough to change incentives also for future governments.

A constitutional change in Skopje is a strong signal that the government is serious. It requires a lot of political capital, and no less than three votes in the Sobranje (parliament): first a 2/3 majority (81/120 MPs); then a simple majority (61/120 MPs) and the third time a 2/3 majority once again (81/120).

To achieve this the government in Skopje will need to reach out to parts of the opposition. If accession talks begin this summer, and if an invitation from NATO is on the table, this hurdle can be overcome.

Athens immediately obtains international use of the new name. Progress in EU accession talks and NATO membership follow constitutional change and the use of the new name in bilateral relations. And the new name will also be used "erga omnes" on the day of accession (the exception being domestic use in the local language), after citizens vote in a referendum on joining the EU.

The key is to create a virtuous circle. A mutual interest in Athens and in EU capitals in the success of the EU accession process of the Republic of Macedonia would ensure this. It would lay a foundation on which to build good neighbourly relations based on mutual respect. Athens retains its veto; Skopje retains leverage. Both have an incentive to build trust.

3. A vision of lasting friendship – Elysium 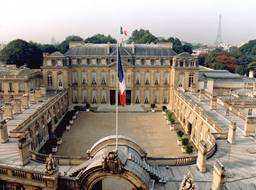 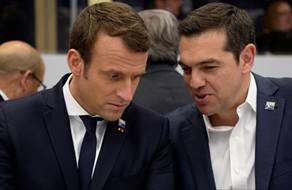 At the same time both sides adopt a joint declaration on other steps they will take to build confidence and create trust. Such a declaration may also be ratified as an agreement in either (Skopje) or both parliaments, though this is less important than its serious implementation. It should aim to be a document making history; aimed at both future governments and at citizens of both societies. It should be concrete. It need not be long.

There is a strong precedent for what is needed in recent European history: the short (6 pages), elegantly written and immensely influential Elysee treaty of 1961 (between France and Germany):

"Convinced that reconciliation … constitutes a historic event which profoundly transforms the relations of the two peoples,

Observing particularly that young people have become aware of this solidarity and find themselves called upon to play the determinant role in the consolidation of friendship,

Recognizing that a strengthening of the cooperation between the two countries constitutes a vital stage along the road to a united Europe, which is the goal of the two peoples,

Have agreed to the organization and to the principles of the cooperation between the two States as they are stated in the Treaty signed this day."

This was the work of two giants of post-war European history, Charles de Gaulle and Konrad Adenauer. It is still celebrated as a landmark in European diplomacy. It foresaw close, regular consultation and exchange between both governments. It pledged close cooperation in the areas of culture and youth policy. Among the direct consequences of the Treaty were the creation of the Franco-German Youth Office and the twinning between numerous French and German towns, schools and regions. Athens and Skopje might aim at a declaration of similar importance for the 21st century in South East Europe.

According to mythology admission to Elysium is reserved for mortals related to the gods. Later, it expanded to include the righteous and the heroic. This would, for once, be a constructive way to refer to ancient mythology in modern South East European politics.

All heavy political lifting to get to a breakthrough will have to be done by the leaders in Athens and Skopje. However, France, which has good relations with both governments and has always been a strong supporter of European integration as a tool of peace building, may be well placed to support both governments writing history.

ESI and the Macedonian name issue: 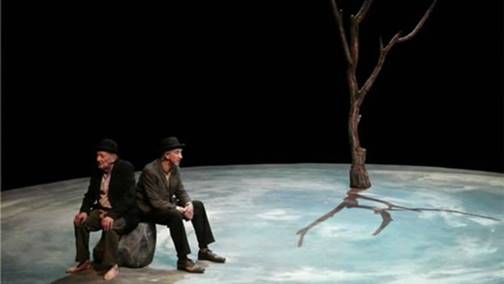 July 2014: ESI report: Vladimir and Estragon in Skopje. A fictional conversation on trust and standards and a plea on how to break a vicious circle
References and sources to Godot in Skopje: www.vladimirandestragon.org

June 2010: A Proposal for breaking the Macedonian deadlock: A matter of trust