Tolstoy, Causes, Poland and the Aegean 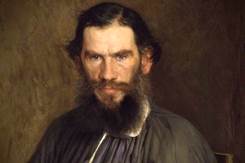 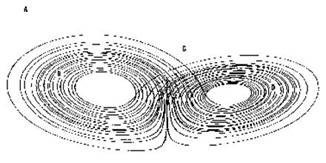 A wise man and an elusive idea: causality

"The impulse to search into causes is inherent in man's very nature. And so the human intellect, without investigating the multiplicity and complexity of circumstances conditioning an event, any one of which taken separately may seem to be the reason for it, snatches at the first most comprehensible approximation to a cause and says 'There is the cause'…"

Do think tanks matter? Do the things they write ever "cause" anything? And how would we ever know?

On 29 May 2018 the Batory Foundation and ESI published a joint report on the rule of law in Poland. We made a concrete recommendation: that the European Commission take Poland to the Court of Justice of the European Union (CJEU) to challenge its Law on the Supreme Court, which violated core principles of the legal order of the European Union. On 2 July 2018 the European Commission started the procedure which led to Poland being taken to the CJEU in September. The court issued an interim decision to stop implementation of the law. The Polish government withdrew its changes. It was a victory for the rule of law.

On 22 March 2019 the Batory Foundation and ESI published a second report on the rule of law in Poland. We made another concrete recommendation:

"the European Commission needs to take Poland to the Court of Justice of the European Union (CJEU) as soon as possible for infringement of the EU's fundamental values and principles, focusing on disciplinary procedures and the executive's control over judges.  The case is strong, and the need is great."

We argued that the system of disciplining judges violated core principles on which the legal order of the European Union is based:

"A Polish judge given a sensitive case, perhaps a business deal involving members of the governing party or a criminal case the government has strong views about, is not "protected against external interventions or pressure liable to impair her independent judgment", which is what the Court of Justice of the European Union in Luxembourg requires of all courts in the EU. Polish ministers of justice, in this or any future government, can threaten, pressure and punish judges. New disciplinary procedures make this all too easy. And it is already happening."

We published our report. We added a legal opinion to make a tight argument for another infringement procedure. We presented our proposals to European officials and in the European Parliament in Brussels. We sent a newsletter to 36,000 readers. We sent another newsletter in Polish, a first for ESI.

Then we learned that the European Commission launched an infringement procedure against Poland. Its press release on 3 April stated:

"The new disciplinary regime undermines the judicial independence of Polish judges by not offering necessary guarantees to protect them from political control, as required by the Court of Justice of the European Union … the Commission is of the opinion that Poland failed to fulfil its obligations under Article 19(1) of the Treaty on European Union read in connection with Article 47 of the Charter of Fundamental Rights of the European Union, which enshrine a right to an effective remedy before an independent and impartial court. Polish law allows to subject ordinary court judges to disciplinary investigations, procedures and ultimately sanctions, on account of the content of their judicial decisions."

We were delighted to see this. And we would like to believe that our reports played some role. However, the truth is that we have no idea if they did.

ESI-Batory legal opinion: The disciplinary system for judges in Poland – The case for infringement proceedings (22 March 2019)

ESI-Batory paper: European tragedy – the collapse of Poland's Rule of law (29 May 2018)

Newsletter: Win-Win for Europe: Defending democracy in the Balkans – and in Poland (22 June 2018)

Newsletter: European tragedy – the collapse of Poland's Rule of law (29 May 2018) 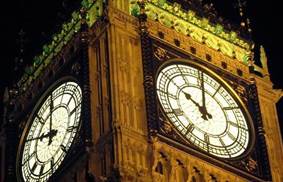 On causes and bells

"Whenever, looking at my watch, I see the hand has reached the figure X, I hear the bells beginning to ring in the church close by. But from the fact that the watch hands point to ten whenever the bells begin to ring, I have not the right to infer that the position of the hands of my watch is the cause of the vibration of the bells."

In search of causes: in Warsaw, Brussels and Breda

What we know is this: for many years there has been intense advocacy concerning ways to protect the rule of law in Poland. These involved a huge coalition of actors, mainly Polish: the Free Courts Initiative, the Polish Commissioner for Human Rights, the big judges' associations, lawyers, national and international human rights groups.

What we also know: the decisive actor was, in the end, the European Commission, which decided to act in the face of a serious threat to core European principles. If this leads, as one must hope, to the restoration of the independence of courts in Poland; if this draws a clear red line, which no government in any member state will dare to cross in the future, then this may well become the proudest and most important legacy of this Commission, its president Jean-Claude Juncker, its vice president Frans Timmermans, justice commissioner Vera Jourova and the college of commissioners which backed it.

The Polish government certainly identified a culprit without delay: vice president Timmermans. As Michał Wójcik, the deputy minister of justice, put it: "I do not know what Timmermans is all about. He is probably a polonophobe." 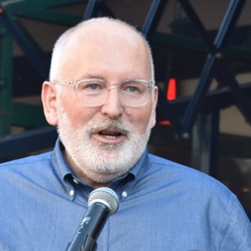 Guilty of defending the rule of law?

It is a response that reveals desperation. In fact, Frans Timmermans has a long history with Poland. He was decorated by two Polish presidents with the Order of Merit: President Bronisław Komorowski in 2014 and also, long before that, the late President Lech Kaczyński in 2006. As Timmermans told the daily Gazeta Wyborcza in November last year:

"When it comes to Poles, I am an optimist. I've been watching them for years. Their manifest attachment to the European community, to its values. This applies to those voting for the left and right, for PiS and for the Civic Coalition. Therefore, the dispute over the rule of law in Poland will have a good ending. The question is how much time will pass."

And he added, explaining his personal motivation:

"By acting in support of Poland's accession to the Union, and still supporting it now, I am paying off my moral debt. Because if it were not for Polish soldiers, I would not be born. My emaciated father would not survive without their care. He is currently suffering from Alzheimer's, losing his memory, but he still remembers his childhood and a Polish military tailor who made him a small Polish uniform." 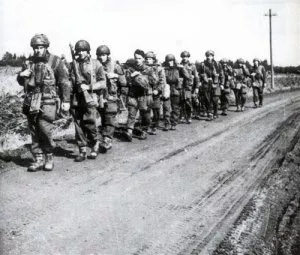 Back then to the question of cause and effect.

Think tanks are no different to other institutions: we like to believe that, sometimes, our work makes a difference to the way the world develops – this is, after all, the point of it. But guided by the wisdom of Tolstoy, we know that in most cases this is an illusion, or rather, that we will never really understand when and how impact works. As we can never be sure, we must continue to research, write and speak without knowing when these efforts matter.

What is obvious, however, is that causality works in mysterious ways. Who would have guessed that among the most important causes of last week's good news for the rule of law in Poland and in the European Union were anonymous Polish soldiers who liberated the Netherlands in 1945?  It is a story waiting for a Tolstoy to be told.

Causes and failures in the Aegean 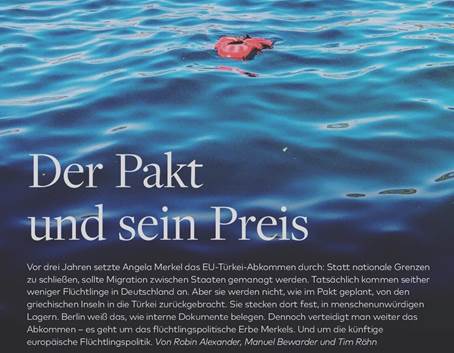 What was the impact of the EU-Turkey statement on migration, which was agreed on 18 March 2016? Does it matter? What would happen if the EU or Turkey would renounce it?

A new paper in our series of ESI Core Facts on Migration looks at some of the most important facts which anybody seeking a way to improve things must consider:

The EU and Turkey issued their statement on 18 March 2016.

In 2017 and 2018 Greece had the highest number of asylum requests per capita in the EU.

ESI on migration and borders

In recent months there has been continued interest in media and in institutions across Europe in our analysis and suggestions for a different European migration policy. Here are some presentations and interviews (in English, German, French, Czech) which are available online: 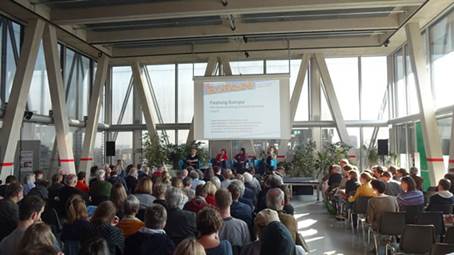 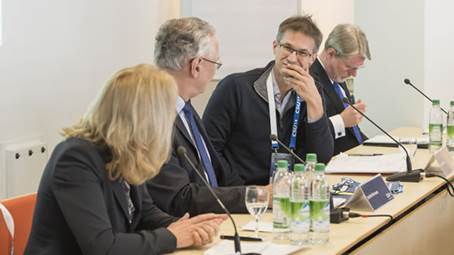 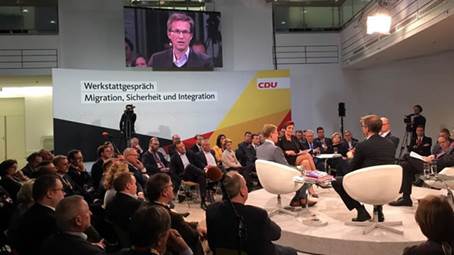 Brussels – Discussions with the Baden-Württemberg cabinet 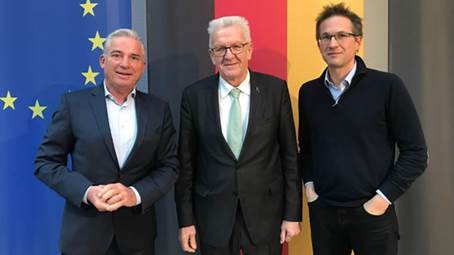 Discussions with German and French officials on migration policy (22 January) 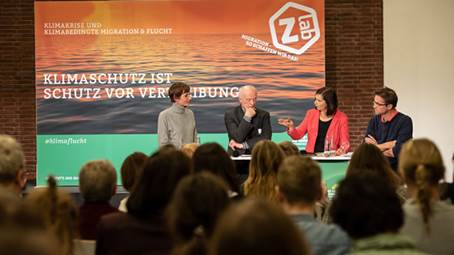 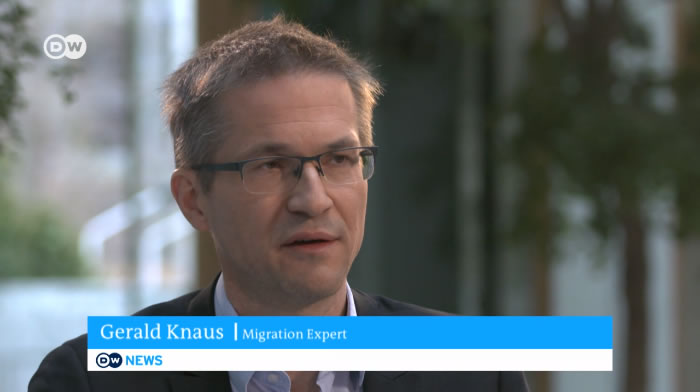 It is not a topic on which ESI normally works – our expertise is enlarging not shrinking the EU – but given the stakes for Europe and the interest of our senior fellow John Dalhuisen, here it is: a constructive proposal on dealing with Brexit:

A Second Brexit Referendum – And The Search For Common Ground

In a new www.rumeliobserver.org John writes:

"Advocates for a second referendum on Brexit have struggled to articulate what such a referendum should look like. There are very divergent views on the question that should be asked – or the options that should be included. There is also little agreement on the voting system that should be used.

A second referendum can only be held if the public is convinced that the outcome would be conclusive, unambiguous and fair. The options presented and the voting system used would have to be simple enough to be easily understood. The voting system would also need to take the result of the first referendum into account by placing restrictions on the circumstances in which the leave result could be overturned. In the absence of a proposal that satisfies these criteria, a second referendum might be a good idea whose time will never come. It needs to become a credible political proposition.

As this paper shows, a referendum that satisfies demanding criteria and points the way towards a new consensus in a highly polarised UK debate is both possible and promising, presenting the best way forward. With a concrete and fair proposal on the table it becomes more likely to obtain the essential bipartisan public support for holding one."